Rwanda, Burundi Hit Back at US ‘Power Grab’ Claims 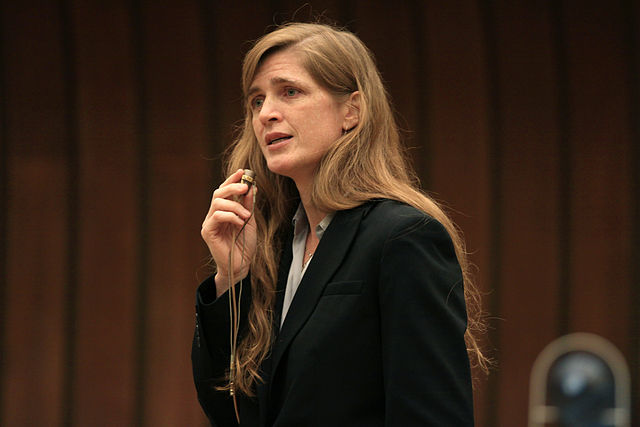 Rwanda and Burundi have hit back at recent comments made by US Ambassador Samantha Power about the political climate in various African nations.

The US ambassador angered ministers from the two Great Lakes countries during a United Nations Security Council debate on Monday. She accused the nations’ leaders of “blatant power grabs to remain in office” and claimed that “democratic processes are being deliberately undermined.”

Power’s comments were largely directed at Rwanda President Paul Kagame’s plans to run for a third term and Burundi’s Pierre Nkurunziza, who secured his own third term last year. “Third-termism” is becoming a growing trend across African nations and Power called out Rwanda specifically.

“The continued absence of political space — the inability of individuals and journalists to discuss political affairs or report on issues of public concern — poses a serious risk to Rwanda’s future stability,” she said.

“Rwanda can achieve lasting peace and prosperity through a government centred on the principle of democratic accountability, not centred on any one single individual,” she added.

Burundi didn’t escape Power’s criticism either, after the US ambassador insisted the country needs to take a more active role in calming political unrest in the troubled nation.

“We will welcome and support constructive steps when we see them,” she said, “but rhetoric is not enough.”

Ministers from the two Great Lakes countries weren’t content to sit there and listen to Power’s comments. A Rwandan minister warned the US ambassador not to insult their country’s leader, saying: “it is absolutely unacceptable that some appoint themselves as judges over our countries.”

Burundi also weighed into the debate, demanding the US and other powers show more respect to African nations.

“Some talk today in 2016 as they used to refer to African countries in the 1950s, giving orders to fully sovereign nations,” Alain Aime Nyamitwe, Burundi’s minister for external relations said. Burundi, he added, is “not a colony of anyone.”

African nations have often accused the US and other members of the international community of believing they have authority over politics beyond their borders. The UN and the International Criminal Court (ICC), in particular, have been accused of extending Western influence over other parts of the world.