Rwanda calls on France to admit alleged role in 1994 genocide 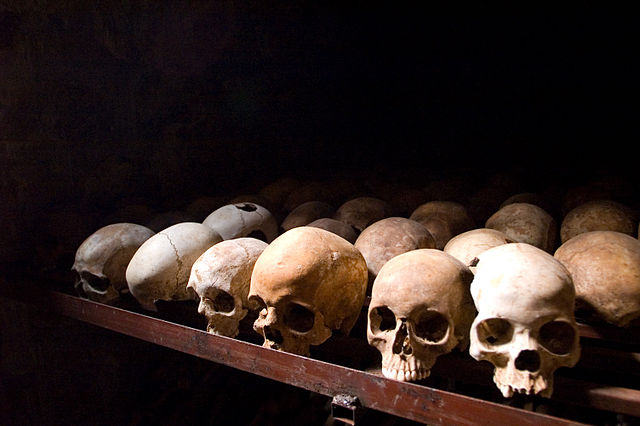 Kigali is calling on France to admit allegations are true that it was implicated in the Rwanda genocide, which killed an estimated 800,000 ethnic Tutsis.

The Rwandan government published a new report on Wednesday, commissioned by a US law firm, that claims France was involved in the arming and protection of key perpetrators in the 1994 genocide. Louise Mushikiwabo, Rwanda’s foreign minister, claimed that some French officials had “got away with murder, literally”.

France’s role in the Rwanda genocide has been questioned for many years. Last year, Rwanda released a list of 22 French senior military official it accuses of helping plan and execute the genocide. Now, in this latest report – dubbed the “Muse Report” – France is accused of arming and protecting perpetrators before, during and after the 100-day genocide.

According to the report, the French government trained the police and army who participated in the genocide and may have even helped create the list of Tutsi citizens who were marked to be killed in the atrocity.

Rwanda is calling on the country to admit to the allegations.

No immediate response from France

While the “Muse Report” is creating headlines around the world, France is yet to officially respond to the allegation outlined in the report. This includes accusations that France intentionally participated in the Rwanda genocide as a means to enhance its influence in central Africa, amid fears that Britain and the US were attempting to bring Rwanda onside.

A number of French journalists, academics and civil groups continue to investigate the country’s alleged role in the Rwanda genocide. In September, France’s public prosecutor opened an investigation into allegations that BNP Paribas provided more than $1.3m of funding that bought arms used in the genocide.