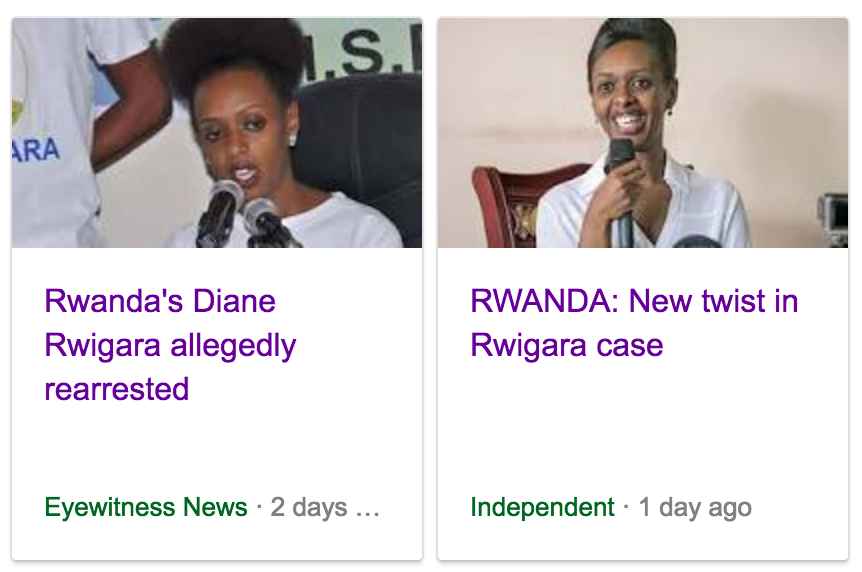 Opposition leader and female rights activist Diane Rwigara has been charged with treason in Rwanda.

The disqualified presidential candidate was initially arrested on August 30 over allegations of forging signatures in an attempt to register for last month’s election. However, the politician now faces a more serious list of charges, including treason – which could carry a life sentence.

Since her initial arrest, Rwigara has been intermittently detained at an unknown location and placed under house arrest at her home. She was arrested on August 30 with her mother and sister on the grounds of forgery and tax evasion. After routine interrogations, the trio were driven back to their home where they could stay until being called in again.

However, things have changed now that Rwigara faces charges that include treason, inciting revolt and revealing “sensitive information”.

Nobody has confirmed whether the sensitive information in question refers to Rwigara revealing the nature of her detention and the investigation into her family.

Prior to being charged with treason, Rwigara spoke to the East African in an interview, revealing her experiences since August 30.

“I am at the CID from early morning until 2am or 3am almost every day,” she told the publication. “[The] police comes to pick us up and drops us back home almost every day. Money was taken from our bank accounts; the accounts were frozen and all our businesses have shut down.”

“The first week we had no food and no way to call our lawyer or talk to anyone,” she added. “They surrounded our house with lots of security agents and journalists.”