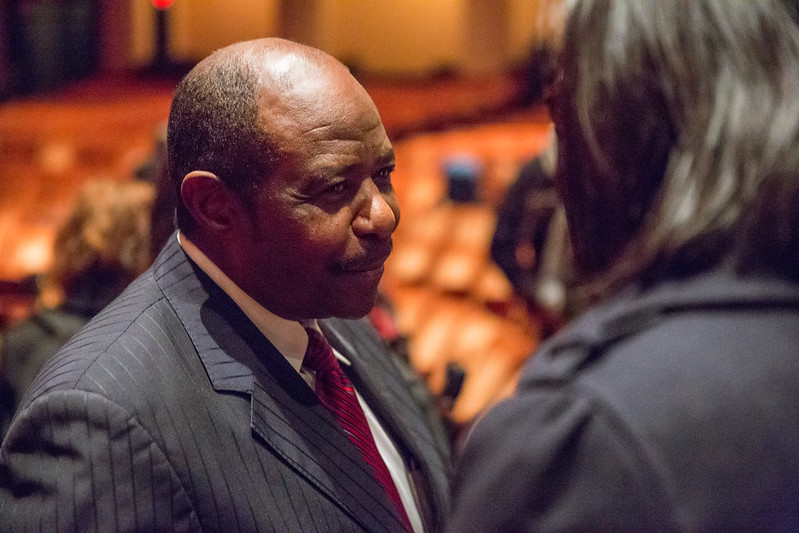 A man who saved hundreds of Rwandan’s during the country’s 1994 genocide and later fled into exile has been arrested by authorities in Kigali as part of an “international operation”.

Paul Rusesabagina saved more than 1,200 lives during the Rwandan genocide by protecting them in the Milles Collines hotel, where he was assistant manager at the time. The man’s heroics were portrayed in the 2004 Hollywood film, Hotel Rwanda, by which time Rusesabagina had fled Rwanda as a human right campaigner. Now, he’s facing charges of terrorism, financing terrorism, arson kidnap and murder in his home country.

Paul Rusesabagina, 66, fled Rwanda following the genocide and an assassination attempt against him, establishing himself as a prominent critic of President Paul Kagame. International acclaim has included receiving the Presidential Medal of Freedom – the highest civilian honour in America – by former US President George W Bush in 2005.

However, his reputation in Rwanda is more complicated with the country’s prosecutor general saying in 2010 that authorities in the country had evidence of Rusesabagina funding terrorist groups. More recently, authorities have accused Rusesabagina of being involved in a series of attacks allegedly carried out by National Liberation Front (FLN) rebels in southern Rwanda along the border with Burundi in 2018.

Despite the accusations, no charges were brought against Rusesabagina but authorities in Rwanda now have him in custody after receiving help from unidentified international partners to bring him back from exile.

Featured image: “Lecture by Paul Rusesabagina, as part of the IPC commemoration of the 20th anniversary of the Rwandan Genocide” flickr photo by University of Michigan’s Ford School https://flickr.com/photos/fordschool/13470654784 shared under a Creative Commons (BY-ND) license