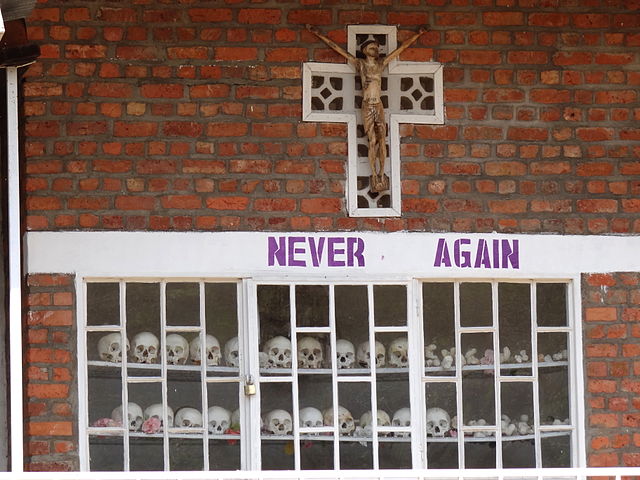 Rwanda genocide suspect Ladislas Ntaganzwa has been flown into the country from Democratic Republic of Congo to stand trial.

The former Nyakizu town mayor was arrested in December last year and now stands trial on charges of genocide, crimes against humanity and violating the Geneva Conventions.

Ntaganzwa is accused of being involved in the formation of a Hutu militia and organising massacres that killed more than 20,000 ethnic Tutsis in April 1994. According to his indictment, Ntaganzwa is accused of “substantially participating in the planning, preparation and execution of the massacre of over 20,000 Tutsis at Cyahinda Parish”.

The 53-year-old is said to have led armed groups and given the order for the massacre to begin. Gendarmes and police opened fire on the crowd while Hutu civilians and Burundian refugees armed with machetes killed and wounded anyone who tried to escape.

Ntaganzwa was among the nine most wanted men in connection with the 1004 Rwanda genocide. Soon after the atrocity, he fled to neighbouring Congo where he remained at large until he was arrested 21 years later. Aside from the massacre at Cyahinda Parish, Ntaganzwa is also accused of orchestrating and leading massacres elsewhere in the country and ordering mass rape.

More than 800,000 ethnic Tustis and moderate Hutus were killed between April 7 and July 15, 1994. Rwanda lost 20% of its total population to the genocide and the atrocity remains in living many for much of the country’s people. The UN’s International Criminal Tribunal for Rwanda (ICTR) convicted 61 people of involvement in the genocide before it closed in December last year.

Eight key suspects remain at large, still wanted by the UN for their suspected involvement in the genocide.