Rwanda: Kagame offers insights into the economic success of his regime 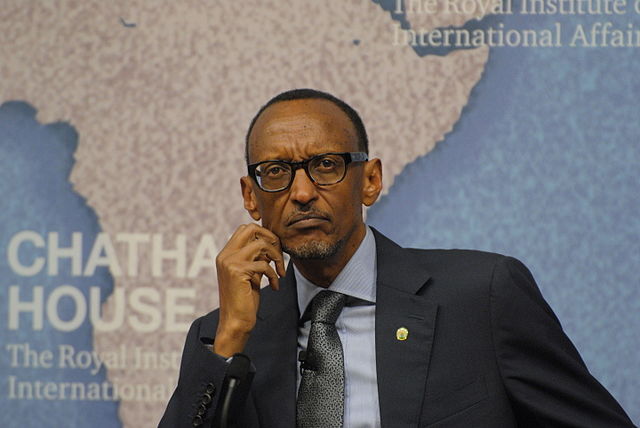 Rwanda President Paul Kagame has shared insights into the economic success of his regime during an event discussing Africa-US trade relations.

Speaking at the Corporate Council on Africa Presidential Dialogue on the Future of US-Africa Business, the Rwandan president offered a glimpse of the mindset that has helped him steer the country from the horrors of genocide into economic stability.

At the summit, Kagame suggested the secret to his regime’s economic success has been changing the mindset of Rwandan people.

“There is one factor that is the most important in ensuring success: the people. We want the people to play their role,” he said at the event. “We have made a conscious effort to invest in human capital. People with skills and the knowledge to do what is needed.”

While Kagame attracts plenty of praise for Rwanda’s economic transformation, the social and political environment he has created in the process has prompted its fair share of criticism.Few will deny he has changed the mindset of the people; whether

Few will deny he has changed the mindset of the people. How much of this is for the better is a topic that continues to divide opinion.

Speaking at the summit, Kagame highlighted the importance of mindset in transforming Rwanda: “Mindset is important. We had to develop a different way of thinking,” he said.

“We had to move away from a thinking of people who sat back and expected to be fed, provided with medicine, handouts,” he added. “We have to build on the fact that many things can be done at home. We have to industrialize. This should be the mindset.”

While changing the business mindset of Rwanda from the bottom was pivotal to Kagame’s reign, it would be enough alone. Equally important to the president’s legacy is creating a business environment that’s easy for local and foreign ventures to operate in.

“Rwanda over the years continues to rank highly in ease of doing business, globally,” Kagame said at the meeting.

This didn’t happen overnight either and the president deserves credit for the policies that have made it possible to turn Rwanda into one of Africa’s innovation hubs and an attractive point of investment for international powers.