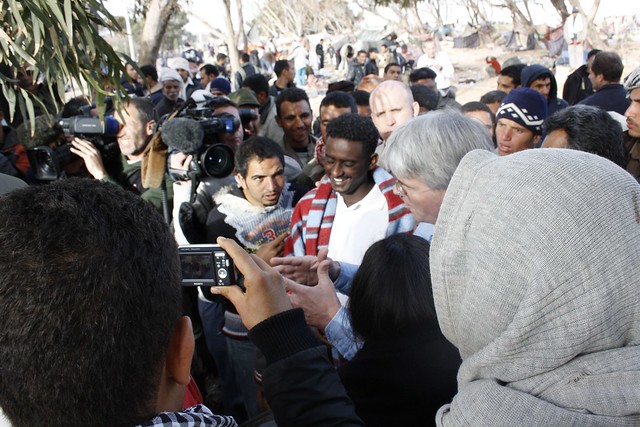 Rwanda is set to receive thousands of African migrants stranded in detention centres in Libya.

The country will start welcoming the migrants after offering to host 30,000 African immigrants stuck in Libya in 2017. The first 500 of these will be allowed to travel to Rwanda soon, as the country moves to fulfil its pledge.

Thousands of migrants set for Rwanda

Tens of thousands of African migrants are stuck in detention centres in Libya as a result of a controversial EU crackdown on Africans attempting t enter Europe. The EU is working with Libya to intercept vessels and those on board are held in horrific conditions in Libyan detention centres, according to numerous reports from multiple human rights agencies.

Human Rights Watch is among the organisations to suggest EU policies are directly contributing to the abuse of migrants in Libya and increased deaths among those losing attempting to reach Europe.

“The desperate situation in Libya is disturbing and we are prepared to provide support and sanctuary for our African brothers who are stuck in the immigration debacle in Libya, and who are willing to move to Rwanda,” President Paul Kagame said last year.

Rwanda is known for having one of the world’s most open policies for accepting migrants and refugees.

Featured image: “Talking with migrants from Libya at a transit camp in Tunisia” flickr photo by DFID – UK Department for International Development https://flickr.com/photos/dfid/5505950908 shared under a Creative Commons (BY) license