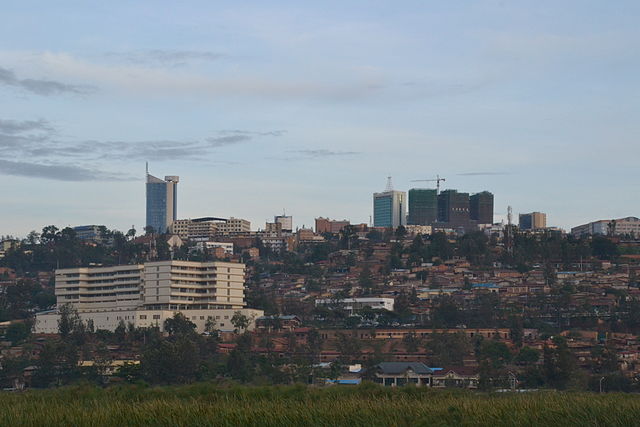 Two opposition candidates have won seats in Rwanda’s parliament for the first time in the country’s history.

Two candidates from the small opposition Democratic Green party were elected in the latest round of parliamentary elections. While two members of another small party – PS Imberakuri – also won seats but the party is widely considered to be pro-government.

Democratic Green chief Frank Habineza is one of the newly-elected lawmakers and he hailed the result as a positive step forward for the party and Rwanda democracy.

He told AFP that the party’s voice was rarely given consideration before due to a lack of power. However, now he says the party will be able to participate in parliamentary discussions and help shape laws and policies in the spirit of democracy.

Frank Habineza ran against President Paul Kagame in last year’s presidential election but only secured 0.45 percent of the vote, which Kagame won with 99 percent. However, the opposition leader is doing significantly better than many of Kagame’s other opponents, including Diane Rwigara and Victoire Ingabire who are currently both in jail.

Paul Kagame has been credited with guiding Rwanda out of political turmoil and the horrors of the 1994 genocide into stability – both in terms of the economy and national security. However, rights groups accuse the president of using intimidation and fear to stifle political freedoms.