Rwanda: US ‘disturbed by irregularities’ in Kagame election win 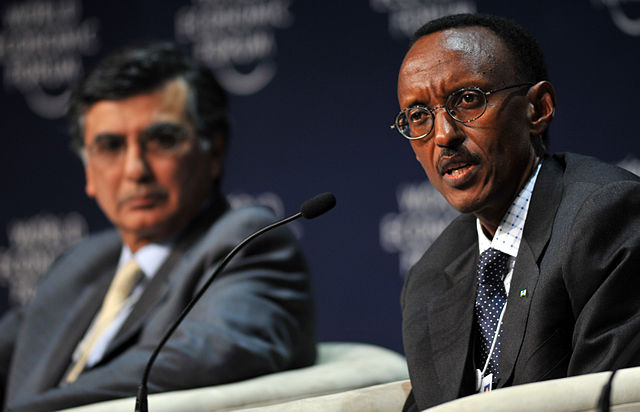 The US says it is disturbed by “irregularities” in Rwanda’s presidential election last week.

Department of State Spokesperson, Heather Nauert, congratulated the East African country on Saturday for an active and peaceful voting process but expressed concerns over the landmark result that saw Paul Kagame secure a third term in power.

On Saturday, President Paul Kagame was announced as the winner of last week’s election with a 99% majority. The response from Rwanda’s US allies – who opposed constitutional changes allowing Kagame to run again – was mixed.

“We are disturbed by irregularities observed during voting and reiterate long-standing concerns over the integrity of the vote-tabulation process,” Nauert said on Saturday.

“We commend the Rwandan media for reporting on complaints of harassment of some opposition candidates and Rwandan citizens during the campaign,” she added.

“We likewise commend average citizens, the National Electoral Commission, and government officials for speaking out and addressing those complaints.”

In the build up to last week’s poll, the Rwandan government was criticised by Amnesty International for creating ‘a climate of fear’ around politics. The country’s process for determining political candidates was also criticised as Kagame geared up to stand against just two rival candidates.

“We remain concerned by the lack of transparency in determining the eligibility of prospective candidates,” Nauert said.

“We hope the new electoral law to be debated in the next session of Parliament will clarify that process well before the 2018 parliamentary elections.

“The United States stands by the people of Rwanda in their efforts to build strong democratic and inclusive institutions in order to ensure long-term stability and a democratic, prosperous future for all.”