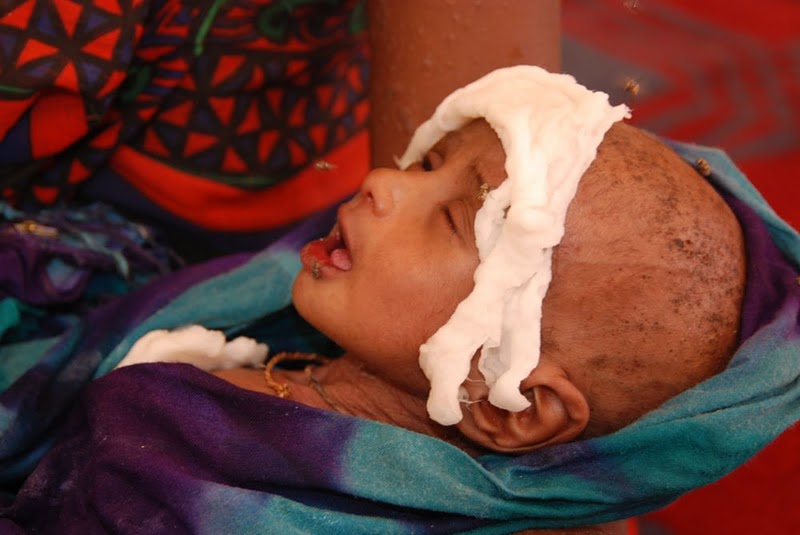 Drought-stricken Somali is facing a cholera outbreak as the country’s clean water sources dry up, according to aid officials.

Somalia is in the midst of a crippling drought which has led to a severe food shortage in parts of the country. More than half of its 12 million citizens are expected to need aid by July as conditions worsen in the Horn of Africa nation.

“Ever since the drying up of the Shabelle and Juba Rivers, people have been forced to move out to seek water and food in unfamiliar places,” Dr Abdinasir Abubakar, a cholera expert in the World Health Organization’s health emergencies program told the New York Times.

The two rivers are normally Somalia’s main source of clean water but drought conditions mean many are forced to search for water elsewhere – often puddles that have been contaminated by feces-borne diseases, including cholera.

Dr Abubakar is also the head of a campaign to vaccinate 450,000 people in Somalia against cholera, in a bid to stop the disease spreading.

Somalia on the brink of famine

Johan Heffinck, the Somalia head of EU Humanitarian Aid, told VOA on Thursday that Somalia is “very close to famine” with more than three million people facing starvation and half the country in need of aid.

More than 3,000 people a day are fleeing their homes in search of food and water as the country experiences its worst drought in 20 years.

Earlier this month, the UN called on the international community to help Somalia’s most desperate people. In February, the security council launched a $4 billion aid appeal to fund humanitarian aid in Somalia, Nigeria, South Sudan and Yemen.

Last week, Somalia’s new president declared a national disaster in the country, naming the drought as his first priority.

“My first priority is to address this drought crisis, and my main priority is to make an appeal to the international community to help us,” he said before a meeting with UN Secretary-General Antonio Guterres.