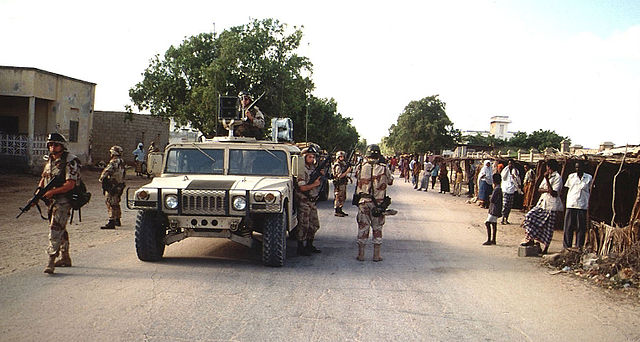 Somalia forces backed by US troops shot dead ten civilians – including three children – during a counter-terror operation on Friday, witnesses in the area say.

US Africa Command confirmed the involvement of US troops in the raid, adding that investigations into the reports of civilian casualties are underway. The Somali army initially said no civilians were killed during the operation but later issued a second statement confirming an unspecified number of civilian casualties.

“We also understand that there are civilian casualties in which the Federal Government is investigating to find out the truth about this,” the second statement from Somalia’s military said.”We urge Somali people to cooperate fully with the Government on this matter.”

“We urge Somali people to cooperate fully with the Government on this matter.”

In its first statement, the Somali army said that all of those killed during the anti-terror operation were Al-Shabaab militants. However, witness reports later emerged that ten civilians were killed in the raid, including three children.

The three children killed during the operation are believed to be between eight and ten years old. A woman was also allegedly among the dead while six farmers were reportedly shot dead as they tried to protect their land.

“These local farmers were attacked by foreign troops while looking after their crops,” one witness told reporters. “The troops could have arrested them because they were unarmed but instead shot them one by one mercilessly.”

US Africa Command hasn’t provided any details over the involvement of US troops in the operation.