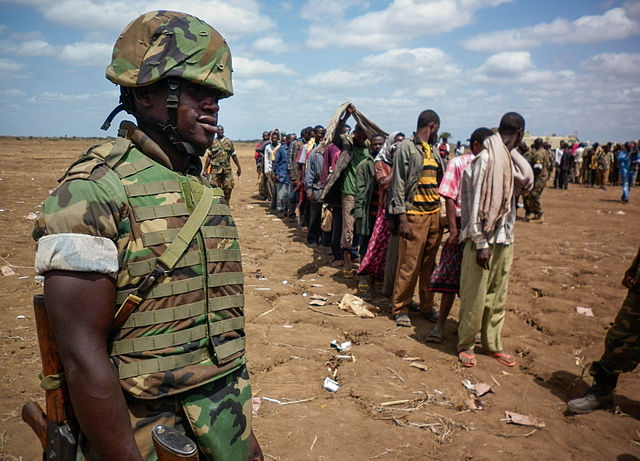 At least 11 people have been killed after al-Shabaab militants attacked a government building in the capital, Mogadishu.

Deputy labour minister Saqar Ibrahim Abdala was among those killed and several policemen also lost their lives in the attack. Five rebels were reported to have been involved but Somali officials say they were all killed as security forces secured the area.

Extremist group al-Shabaab claimed responsibility for the latest attack in Mogadishu. The militants first staged a suicide car bomb attack close to ministry offices and then stormed the government buildings. Officials in Somalia say the terrorist group, which is affiliated with al-Qaeda, has increased the number of attacks in Mogadishu recently – likely in response to increased airstrikes carried out by the US military in Somalia.

Al-Shabaab is attempting to overthrow Somalia’s Western-backed government and implement its hardline version of Sharia law. The group was largely forced out of Mogadishu in 2011 but continues to stage regular attacks targeting civilians and government officials.