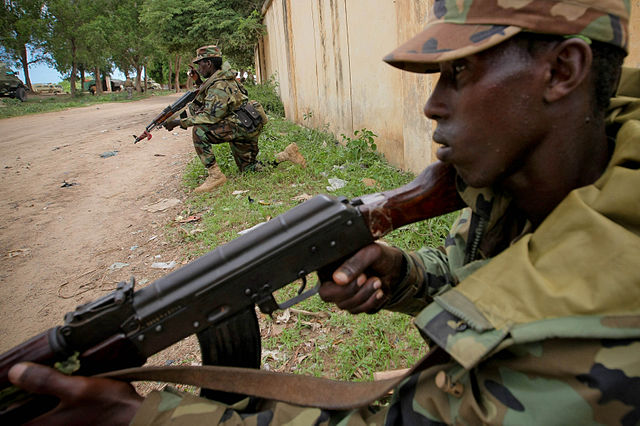 At least 12 soldiers have been killed in al-Shabaab attacks at a military base in Somalia.

The al-Qaeda affiliated militant groups briefly captured one military base southwest of the capital, Mogadishu, but the military recaptured the base shortly after reinforcements arrived.

Al-Shabaab attacks military base in Somalia

Al-Shabaab militants attacked the el-Salini base on Wednesday using an explosive-laden vehicle and gunmen to siege the facility. A suicide bomber started the attack by detonating near the entrance before gunmen stormed the base and briefly occupied it.

At least 12 soldiers were killed in the attack and the commander of the base was also injured.

African Union troops stepped in to reinforce Somali forces who were then able to recapture the base. However, the incident serves as another reminder of the country’s dependence on external forces in the fight against al-Shabaab.