Somalia: 137,000 people forced to flee their homes this year 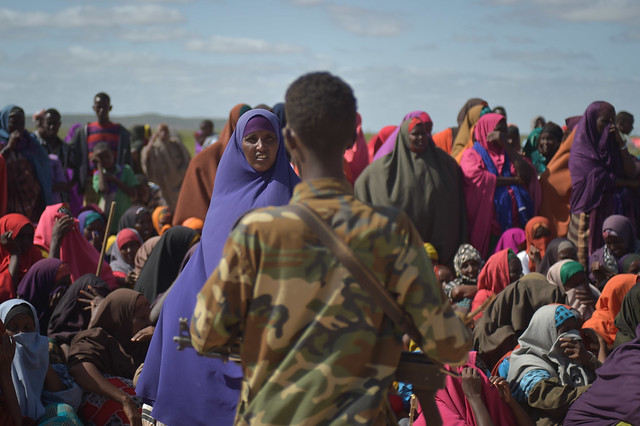 More than 137,000 people in Somalia have been forced to flee their homes during the first quarter of 2019, the Norwegian Refugee Council (NRC) has said.

The organisation says the displacement of families is rising in the Horn of Africa nation with conflict and drought being the main causes. Based on UNHCR data, NRC says the situation for vulnerable people in Somalia is getting worse every month.

Rise in displacement due to conflict, drought

“We are seeing a tragic trend this year, with more and more people displaced by drought and conflict in Somalia. Seeking aid to survive, families flee to urban areas, erecting makeshift shelters wherever they can. This leaves them vulnerable to evictions, adding to their already desperate situation,” Kennedy Mabonga, Regional Programme Director for the Norwegian Refugee Council, said in a statement.

Aside from conflict and drought, Mabonga also cites a rise in forced evictions as a contributor to increased displacement and US airstrikes were also mentioned.

“Conflict, drought and evictions are a triple threat to Somali families. We’re alarmed that the number of Somalis forced to flee is rising month after month. Conflict and airstrikes has forced thousands to flee in fear. Drought has hurt farmers and pastoralists, causing migration to cities. Meanwhile, forced evictions in urban areas are rising,” he said.