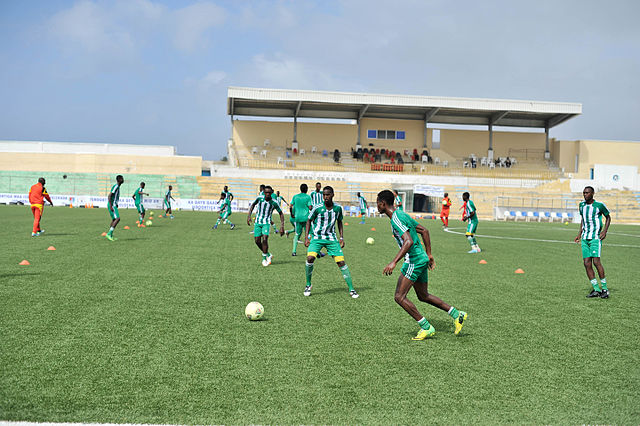 Five football fans were killed and several others wounded on Thursday when a bomb exploded at a packed stadium in Barawe, southern Somalia.

Officials say most of the eight people who were injured in the blast remain in critical condition. According to witnesses, the bomb was buried at the stadium prior to the match and exploded during the local game on Thursday evening. Militant group al-Shabaab has already claimed responsibility for the attack.

The bomb exploded during a final match between local teams Elmen and SYL. Barawe commissioner, Hersi Barre Jeeh, said the device was planted in the VIP seats of the stadium, targeting senior officials who were watching the game.

“Five football fans are so far confirmed dead and eight others injured in the blast,” the commissioner said in a statement. “The death toll is likely to rise further as some of the wounded are in critical condition.”

Barawe used to be a key al-Shabaab stronghold, roughly 220km south of Mogadishu, before Somali forces and African Union troops forced the militant group out of the town. In September, Mogadishu held its first nighttime football match in decades, months after the country’s football federation announced plans to hold international games – citing an improved security situation.