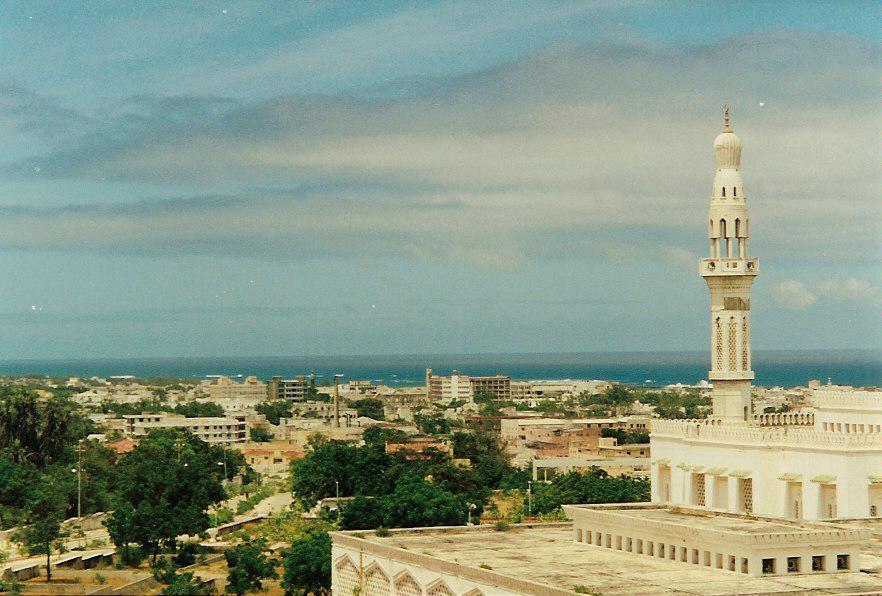 At least six people have been killed in a major explosion in the Somali capital of Mogadishu, according to police.

Authorities say a suicide bomber was targeting a government office in the city but the blast was strong enough to cause a nearby school to collapse. At least two children were killed by the explosion and half a dozen more are reported to have been injured.

Capt. Mohamed Hussein said the bomber attempted to speed through a checkpoint close to the gate of Howlwadag district headquarters but was stopped by security forces, at which point he detonated his explosive-laden vehicle.

The three soldiers who stopped the truck were killed instantly by the blast and three civilians also died, according to Salah Hassan Omar, the spokesman for the Mogadishu mayor’s office.

The Aamin Ambulance service said 14 people, including six children, are in need of intensive care. Many of the victims were pupils at a nearby Islamic school and authorities warn the death toll could still rise given the nature of some of the injuries sustained and the damage caused by the blast, which brought down several buildings beside the school.

Al-Shabaab has claimed responsibility for the attack which marks the end of a relatively calm period in the Somali capital.

Featured image: By ctsnow – Flickr: pictures from an armed convoy trip in Mogadishu, CC BY 2.0, https://commons.wikimedia.org/w/index.php?curid=26256465