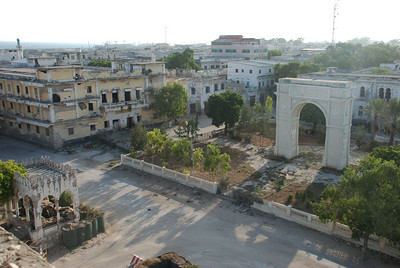 At least 90 people have been killed after a bomb exploded in the Somali capital of Mogadishu on Saturday morning.

The bomb detonated during the Saturday morning rush hour, which starts the country’s working week. Dozens more have been injured and many students are known to be among the dead in Somalia’s deadliest attack for more than two years.

The final death toll from Saturday’s attack is yet to be confirmed but the initial counts were closer to 30 and have since risen to a minimum of 90. The attacker targeted a busy area where a security checkpoint, designed to prevent attacks, had caused a bottleneck of traffic, ultimately leaving dozens of people within the blast radius.

Authorities warned the final death toll could rise significantly due to the nature of the injuries sustained by people caught in the blast.

No group has claimed responsibility for the attack, as yet, but extremist group al-Shabaab has carried out a string of attacks using the same tactics in recent years. In October 2017, the group carried out the deadliest attack in Somalia’s history, detonating a truck bomb in a busy section of the capital, which killed almost 600 people.