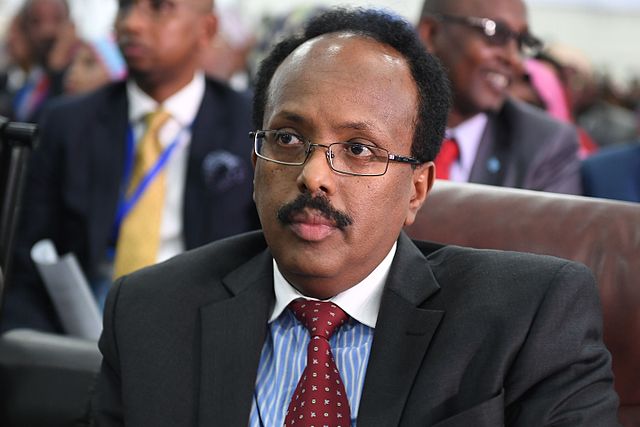 Somali’s government is calling on the international community to lift an arms embargo placed on the country in 1992 as it aims to defeat militant extremist group Al-Shabaab.

Speaking at a Somalia conference held in London on Thursday, the country’s president, Mohamed Abdullahi Mohamed, appealed to world leaders attending the event, insisting his country is capable of defeating Al-Shabaab – as long as its army is better-equipped.

“For far too long, our security forces and terrorist groups have been fighting using the same type of light weapons – mostly AK47s,” the president said. “The longstanding arms embargo on Somalia severely restricts our ability to procure heavy weapons.”

“Time has come for Somalia to be able to get access to qualitatively better equipment and weapons than the terrorists,” he added.

The UN placed an arms embargo on Somalia in 1992, following the outbreak of civil war in the country. The embargo – which is the longest-running in the world – was eased in 2013, allowing the country to buy light arms, but many restrictions are still in place.

The president says the embargo is hindering the country’s efforts to fight militant group Al-Shabaab – a battle that leaves the country largely dependent on military assistance from the African Union and US.

At the event on Thursday, Somalia and its international allies signed a security pact which presents a roadmap for developing a stronger national army in the Horn of Africa nation.

The pact doesn’t include any agreement to lift the current arms embargo against Somalia, but President Mohamed hopes this is something the international community will consider after certain milestones in the pact are achieved.

“We shouldn’t be thinking of doing it that way round. The priority has got to be .. to help the Somali forces to get to a condition … where they are able to take on Al-Shaabab,” he said.