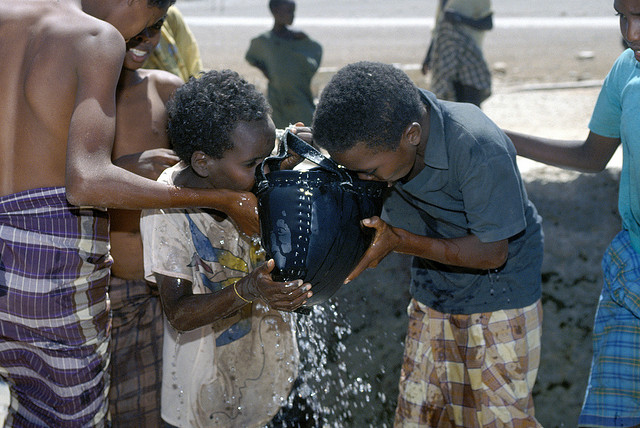 An outbreak of cholera in southern Somalia has killed at least 17 people, including children, over the last two weeks.

All known cases have so far been contracted within the village of Hawaadley in the Middle Shabelle region, however, medical authorities are yet to contain the outbreak, due to a lack of resources.

“During the El Niño period late last year, the Shabelle River burst its banks and now there is a lot of water lying in the village. We have only one hospital in the village with no capacity to handle such situations,” he said.

East African nations are hit particularly hard by the weather phenomenon, with Somalia, Ethiopia and parts of Kenya suffering some of the worst this year.

The implications of this latest El Niño are some of the worst seen in decades, leaving many African nations at risk of slipping back into crisis. Agencies have estimated 145,000 people were affected in Somalia alone by related weather conditions last year, which adds to an already delicate situation in the country.

The humanitarian community in Somalia recently said the nation needs $885 in aid to avert crisis. It estimates 4.9 million people in the country require humanitarian assistance, including 308,000 children under the age of 5 years old who suffer from acute malnourishment.

The Humanitarian Response Plan (HRP) for 2016 aims to reduce the number of people in need of aid by almost 2 million, as part of its three-year strategy to bring Somalia from the brink of crisis.