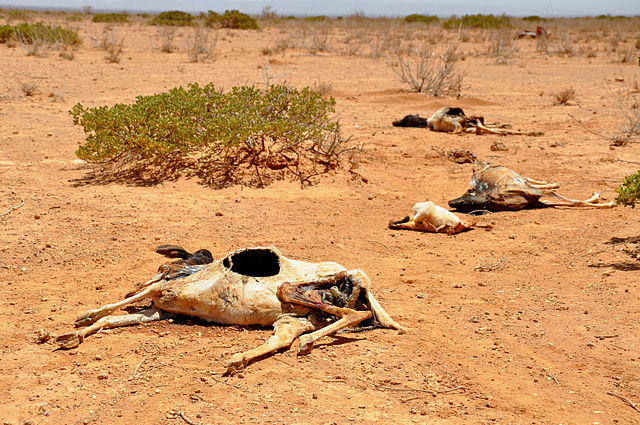 Somalia’s president has declared a national disaster in the country as it continues to grapple with a prolonged drought.

Little more than a week after becoming Somalia’s new leader, President Mohamed Abdullahi Mohamed has been forced to announce a national disaster and appeal to the international community for help.

More than 6 million in need

According to WHO, more than 6.2 million people – half of Somalia’s entire population – are urgently in need of humanitarian aid. The organisation’s findings were released a day before President Mohamed was sworn in and one of his first roles has been to clarify the predicament his country faces.

“The president has appealed to the international community to urgently respond to the calamity in order to help families and individuals to recover from the effects of the drought disaster to avoid humanitarian tragedy,” his office said in a statement this week.

The latest findings put Somalia on the brink of famine, along with Yemen and Nigeria. Famine was declared in South Sudan in February and the UN says more tan 20 million people face starvation in the four countries.

During his inauguration, President Mohamed vowed to tackle insecurity and corruption in Somalia, but half his country faces a more pressing issue with the ongoing drought. The situation is made even worse by Somalia’s security woes, too, with terrorist group Al-Shabaab reportedly blocking access to food for many people.

Aid agencies are concerned the group is exacerbating the impact of Somalia’s drought problems and could cause problems with getting aid to those who need it.

Drought conditions have killed crops and livestock while also drying up rivers and other water points. Without being able to grow their own food or source water, millions are forced to roam the country in search of help.