Somalia is in a lose-lose situation over Kenya border spat 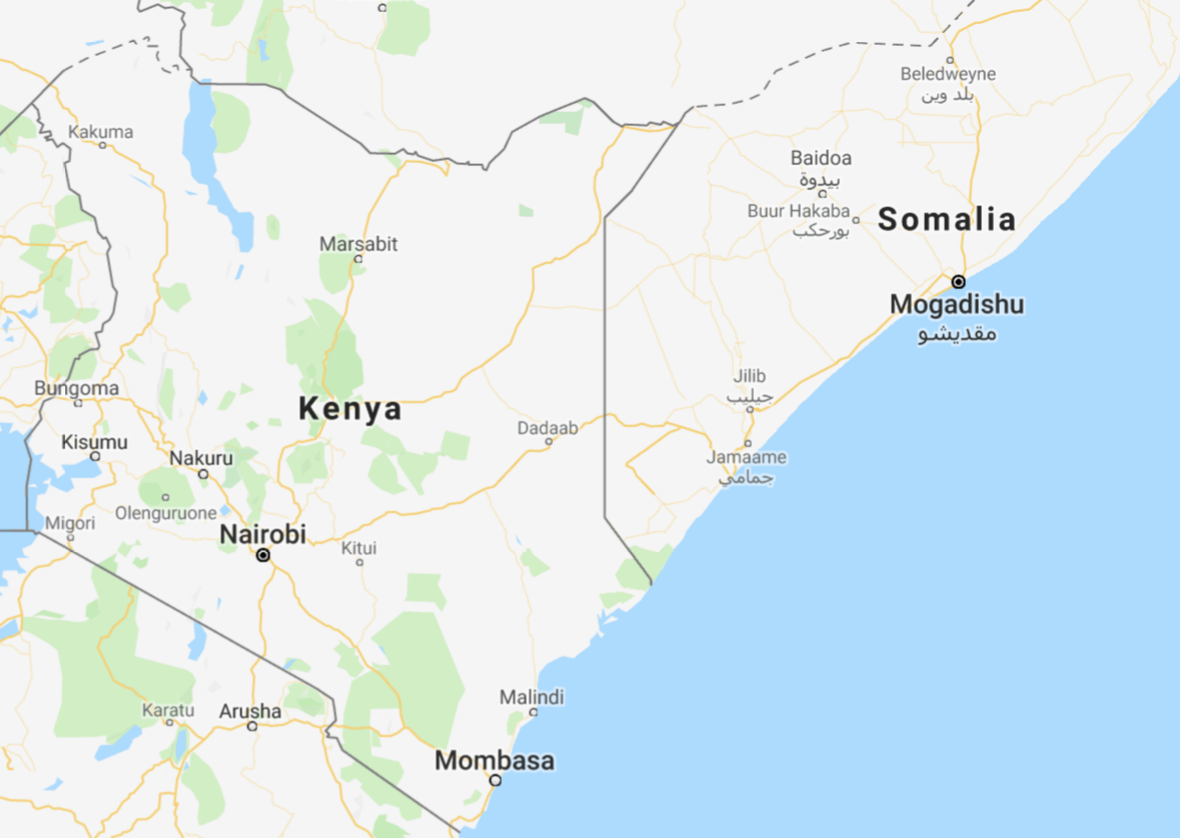 An ongoing maritime border dispute between Somalia and Kenya has placed pressure on bilateral ties between the two countries since 2014 and threatened security in the Horn and East African regions.

Diplomatic ties between Kenya and Somalia are generally strong but the maritime despite risks spilling over into other key interests for both countries. What essentially boils down to a dispute over natural resources lying beneath the waters, the economic, quasi-territorial dispute will take centre stage at the International Court of Justice (ICJ) in The Hague this September.

For Kenya, a courtroom victory would be a genuine economic victory but things are very different for Somalia. Whatever the legal outcome of this maritime border dispute, the Horn of Africa nation finds itself in a lose-lose situation.

What are Kenya and Somalia actually disputing? 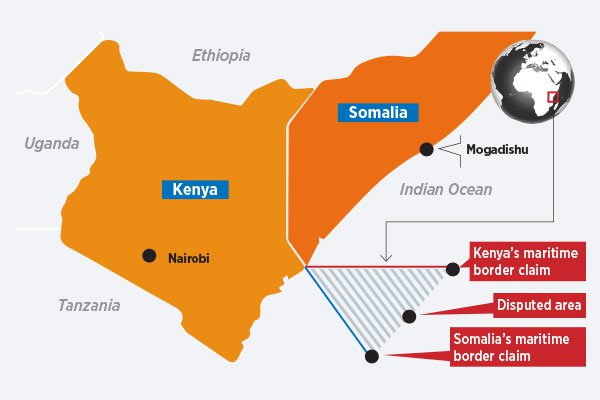 It all comes down to the maritime border stretching out into the ocean from the countries’ shared land border. Essentially, Kenya insists the maritime border runs directly east, parallel to the equator. Meanwhile, Somalia insists the border should run southwest, continuing in the same direction as the land border between the two countries as it reaches the coastline.

This has created a 100,000 square kilometre triangle of disputed maritime territory beneath the ocean, which is filled with natural oil and gas reserves. These natural commodities are the root of the dispute with both countries claiming ownership of the maritime territory and the reserves it contains.

In 2009, both countries agreed that the United Nations should determine the border line once and for all. Nairobi and Mogadishu also vowed to work together to find a resolution that would settle the issue outside of the courts.

However, in 2014, Somalia sued Kenya at the International Court of Justice (ICJ), insisting bilateral efforts between the two countries had failed. Both nations have accused each other of auctioning oil blocs in the disputed waters and the diplomatic fallout has escalated this year, ahead of the ICJ verdict in September.

In February, Kenya recalled its ambassador to Somalia and expelled Somalia’s envoy in Nairobi. In May, the country then suspended direct flights from Somalia to Nairobi and denied entry to three top Somali officials at Jomo Kenyatta International Airport.

In response, Somalia said its officials would no longer attend meetings in Nairobi and banned all Kenya-based NGOs working in the country. Then, in June, Kenya closed its border crossing with Somalia in Lamu, citing security concerns as the reason for the closure.

The wider implications of Kenya and Somalia’s border dispute

The maritime border dispute between Kenya and Somalia has much wider implications for both countries than the obvious economic and territorial issues. For Kenya, the case is relatively simple: a legal win that secures its border claims will be a solid victory.

However, Somalia stands to lose out whatever the verdict in September will be.

The problem for Somalia is its dependence on Kenya in the war against Al-Shabaab. With AMISOM troops withdrawing from the country and Somalia’s military still unprepared to defend itself against the terrorist group, the US and Kenya are Somalia’s most important military allies.

In this regard, Somalia needs Kenya more than the reverse.

Al-Shabaab is targeting Kenya because the country’s troops support the Somali government’s war against the militant group. If Kenyan soldiers weren’t involved in the war against al-Shabaab, it’s likely deadly terrorist attacks such as the Garissa University and Westage shopping mall attacks never would have happened.

In reality, Kenya can’t simply withdraw its troops from Somalia and leave the government at the mercy of a resurgent al-Shabaab. It’s in Kenya’s own security interests that Somalia’s government is able to defeat the militant organisation and stabilise security in the country.

However, the power of leverage Kenya has over Somalia in this regard can’t be ignored. And, the growing involvement of the US military in Somalia’s efforts against al-Shabaab could give Kenya more space to utilise this leverage.

We’ve already seen tit-for-tat diplomatic moves from Kenya in response to the territorial fallout and Somalia has been the more aggressive party over the border dispute so far.

What happens if Kenya loses its border appeal?

The biggest problem for Somalia in this border row could be the ramifications it has on Kenya, should the courts rule in favour of Mogadishu. If Kenya loses, its border will shift dramatically and this could result in a similar dispute with its southern neighbour, Tanzania – potentially starting a chain reaction of disputes along the east coast of Africa involving Mozambique, Madagascar and South Africa.

Somalia would be the obvious source of blame for such a diplomatic fallout and Kenya would have more motivation than ever to hurt Mogadishu with any measures it can. Whether this would result in measures as extreme as withdrawing troops remains to be seen, but a fallout of this scale would certainly test Kenya’s resolve.

With intra-African trade becoming increasingly important for the continent’s continued growth, Somalia making an enemy of numerous African nations would do little to helps its trade prospects – especially with two major regional partners in Kenya and Tanzania.

Another cause for concern is the prospect of Somalia’s fragile military having to defend a larger area of maritime territory during a time when its notorious piracy troubles are escalating once again.

This isn’t an issue that only affects Somalia either, but also Kenya, the wider East Africa region and one of the world’s most important trade routes.

What does Somalia really have to gain from all this?

If Somalia wins its maritime border dispute with Kenya, there’s no denying it will be an economic and diplomatic coup against East Africa’s premier economy. However, the potential ramifications should be a concern for Mogadishu and the wider region would certainly be affected by such a dramatic shift in the maritime border.

It might be premature to say Somalia winning this dispute would be a Pyrrhic victory but the danger is very real.

Either outcome will be a loss of sorts for Somalia and the key question is where do the government’s priorities lie? Some are accusing President Mohammed Farmajo of escalating the dispute to drum up support ahead of next year’s election – a reckless move, if true.

Somalia is in a lose-lose situation here.

In terms of the ICJ outcome in September, the wider implications of Kenya losing this dispute could be one of its biggest assets in actually winning it. Somalia is the smaller, weaker party in this dispute and the international ramifications of losing this court case would be minimal – something you can’t say about the reverse scenario.