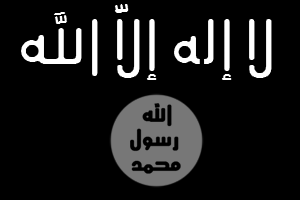 Kenya President Uhuru Kenyatta has confirmed several troops from the East African nation were killed in an Al-Shabaab attack on an army base in neighbouring Somalia on Friday.

The president didn’t reveal how many soldiers were killed in the assault – and media reports are mixed – as fighting continues near the African Union (AU) army base. One Al-Shabaab spokesman has claimed more than 60 Kenyan troops have been killed in the attack so far.

Army base overrun by Al-Shabaab

The Islamist militant group says it has taken complete control of the Somali base, which is manned by Kenyan Defense Force (KDF) troops, as part of the AU’s fight against terrorism.

Locals have confirmed that Al-Shabaab militants seized control of the base, with some reports saying the bodies of Kenyan troops were dragged through the streets as a demonstration of victory. Al-Shabaab claims the siege was executed by a special brigade that deals with attacks on Kenyan targets.

President Kenyatta paid tribute to those lost in the attack, insisting that Kenya will not be cowed by acts of terrorism.

“Our gallant soldiers reacted swiftly to protect their camp, to protect their peace and stability that they are in Somalia to secure, and to protect our country from its enemies and their sympathisers,” he said in a statement.

“Regrettably, some of our patriots in uniform paid the ultimate price. It is heart-breaking,” he added.

“We will hunt down the criminals involved in today’s events. Our soldiers’ blood will not be shed in vain.”

Kenya has been singled out as an enemy of Al-Shabaab since it dedicated thousands of troops for the African Union’s war against the extremist group in Somalia. A total of eight African nations have troops in Somalia, as part of the campaign, but it’s Kenya that has suffered the worst backlash. A spate of attacks against Kenyan troops in Somalia has been accompanied by several attacks in Kenya, including the Garissa University incident, which killed 148 students and teachers.