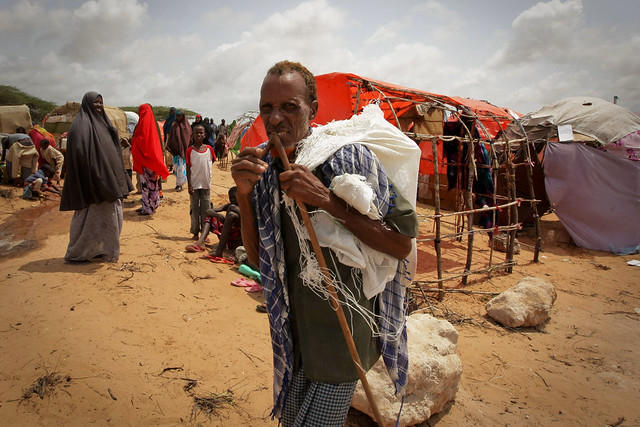 Millions of people in Somalia are at risk from severe hunger, aid agencies are warning, as the ongoing climate emergency places increasing pressure on the Horn of Africa nation.

Somalia is one of the worst-affected countries in the world when it comes to drought and other natural disasters threatening food production and supplies. Aid groups warn that more than 2 million people are currently at high risk of severe hunger in the country with a population of under 15 million – and a further 3 million people are uncertain of their next meal, according to the latest reports.

The latest findings suggest more than 5 million people in Somalia are facing a food crisis, meaning a third of the entire population is at risk of hunger. An escalating climate crisis is hitting the country hard, which is severely affected by rain shortages and increasingly hit by spells of flash floods that destroy farmland.

With weather patterns becoming more extreme at both ends of the scale, Somalia finds itself grappling with devastating drought conditions, only to be lashed with brief periods of intense rainfall, which quickly floods the dry land, destroying homes, farmland, animal livestock and anything else in the way.