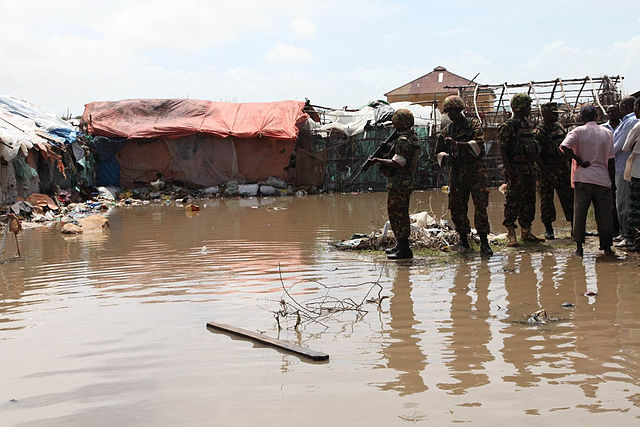 Numerous people are feared dead and an estimated 182,000 have been forced from their homes by floods in Somalia.

Early seasonal rains in parts of the country have triggered torrential downpours with the flood conditions in southern areas being particularly damaging. Roughly 164,000 of those displaced by floods are in Beledweyne, also referred to as Belet Weyne, and surrounding areas alone.

Danger to lives in Somalia floods

The heavy rainfall has caused rivers in Juba and Shabelle to overflow, causing floods in southern areas, including Hirshabelle and Jubaland. In the central city of Beledweyne, the flooding caused a boat to capsize, throwing up to 20 people into the water – two of whom are believed to have been children.

The number of those killed in the incident remains unknown but reports put the death toll between 10 and 15 people.

The intense rainfall has damaged farmlands in some of the worst-hit areas and forces hundreds of thousands of people to abandon their homes. Somalia regularly suffers drought conditions but it’s becoming increasingly hit by brief, intense periods of rainfall that cause further damage to its food production capabilities while doing little to improve its water supply.