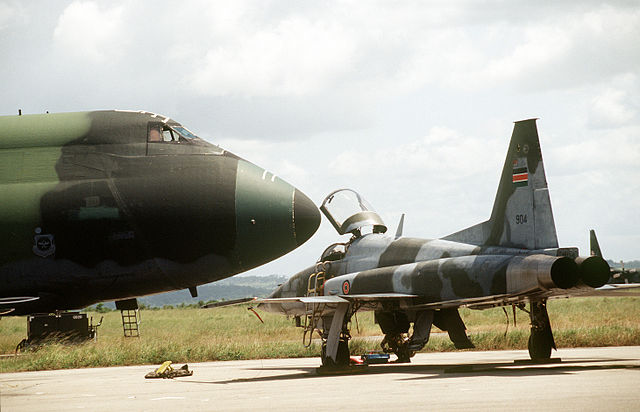 Somalia is investigating recent air strikes carried out by Kenya amid claims of heavy civilian casualties.The air strikes are meant to target Al-Shabaab fighters in El-Adde, where the militant group recently killed as many as 100 Kenyan soldiers. However, local Somali residents are now fleeing the area to escape the attacks.

The Somali government has formed a committee to investigate the claims of heavily civilian casualties – something Kenya has so far denied, without releasing any figures of its own.

“I named a fact-finding committee headed by the Minister of Defense to assess the situation in Gedo region,” Somali Prime Minister, Omar Abdirashid Ali Sharmarke, told journalists in the capital. “In particular the El-Adde neighborhood, the casualties of civilians, what happened there and the withdrawal of AMISOM troops from southern Somalia,” he said.

An ‘exodus’ out of  El-Adde

“There is an exodus out of El Adde,” one local shop owner has said. “It started few days ago after the Kenyan planes started bombarding the whole area indiscriminately. People are fleeing towards the countryside and other towns for safety.”

The most recent air strikes come as retaliation to Al-Shabaab attacks against Kenyan Defence Forces (KDF) soldiers in Somalia. An army base in El-Addis was overrun by the militant group, who claims it killed 100 soldiers in the attack. Al-Shabaab has a reputation for exaggerating numbers, but Kenya is yet to release official figures on the death count.