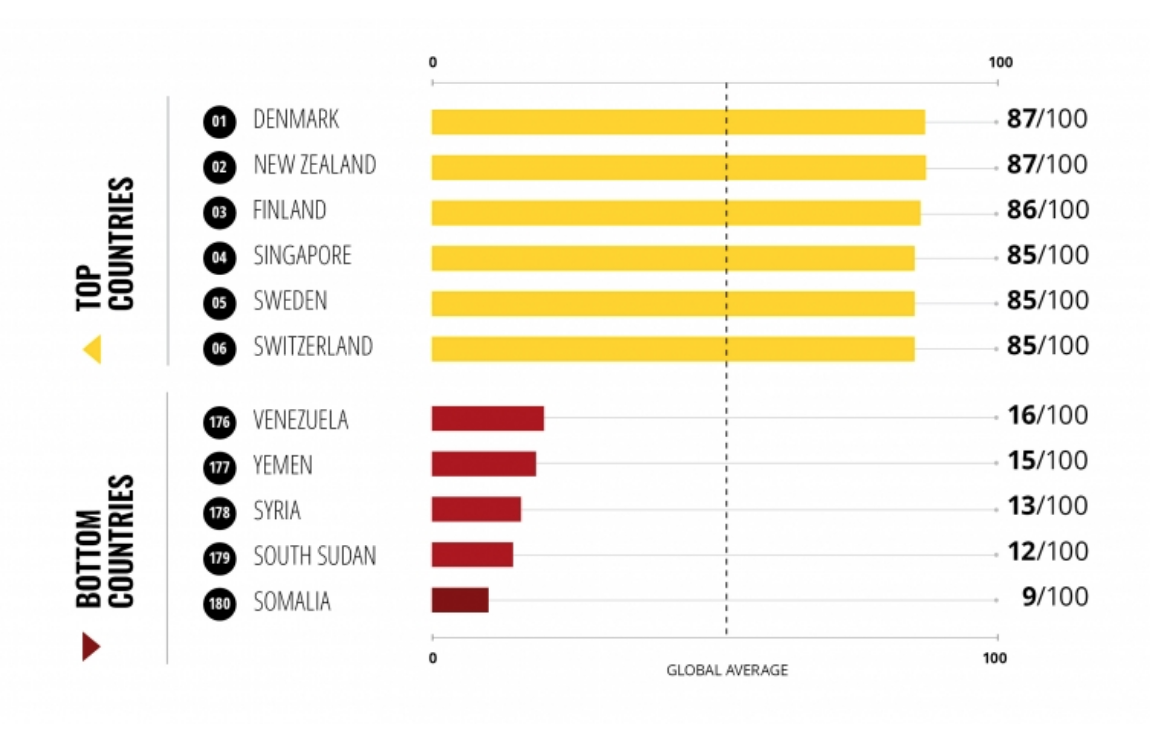 Somalia has been named as the world’s most corrupt country in Transparency International’s 2019 Corruption Perceptions Index (CPI).

South Sudan is ranked as the second-most corrupt nation in the report with Syria, Yemen and Venezuela making up the bottom five of the CPI report. On a regional basis, sub-Saharan Africa is the lowest-scoring of six regions defined in the report, which focuses on “the relationship between politics, money and corruption.”

With a score of just nine out of 100, Somalia comes dead last in the report out of 180 nations. Transparency International says its report shows the majority of nations have shown little-to-no improvement in tackling corruption in recent years and insists concerns still exist in the highest-ranking nations. 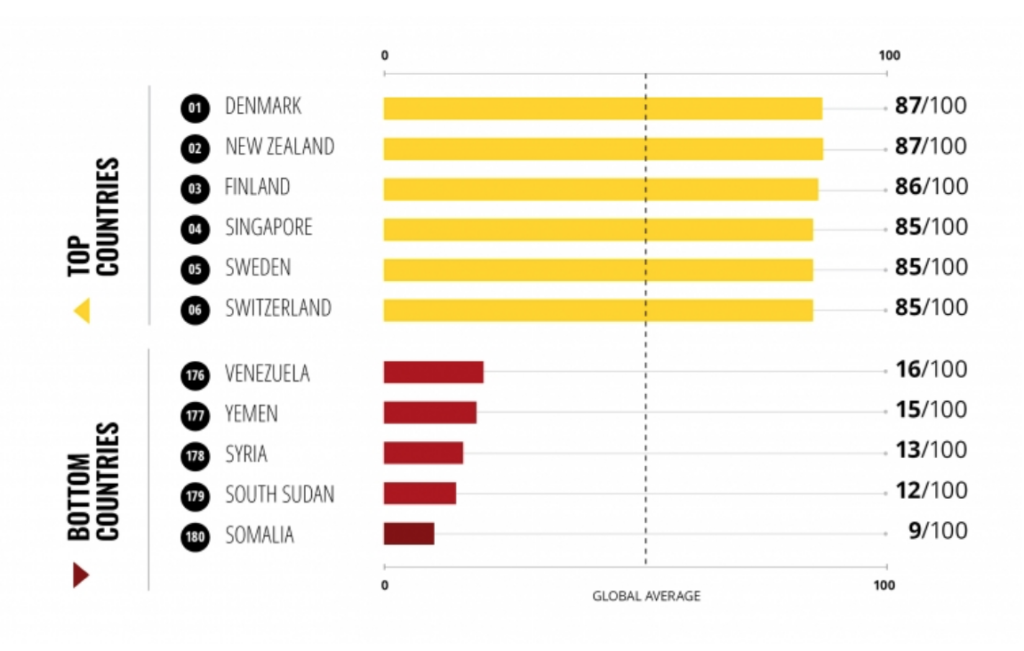 The report ranks 180 countries and territories by their perceived levels of corruption in the public sector, according to experts, analysts and business people. The index ranks countries on a score from 0 to 100 with more than two-thirds of all nations scoring below 50 points in this year’s index.

The average score is just 43 points.

“Similar to previous years, the data shows that despite some progress, a majority of countries are still failing to tackle public sector corruption effectively,” Transparency International said of its findings.