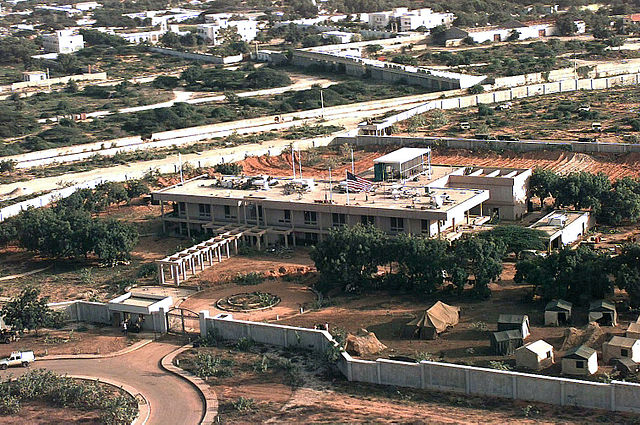 The United States has reopened its embassy in Somalia, almost 30 years after closing it during the midst of civil war in the Horn of Africa nation.

The US embassy in Somalia’s capital, Mogadishu, closed in 1991 after then-President Siad Barre was overthrown and a chaotics civil war erupted in the country. However, diplomatic relations have strengthened between the two countries in recent years and the US embassy in Mogadishu has, once again, opened its doors.

US reopens embassy in Somalia

“Today we reaffirm the relations between the American people and the Somali people, and our two nations,” said Donald Yamamoto, the US ambassador to Somalia, in a statement on Wednesday.

“It is a significant and historic day that reflects Somalia’s progress in recent years, and another step forward in regularising US diplomatic engagement in Mogadishu since recognising the federal government of Somalia in 2013,” he added.

The move comes as US military involvement in Somalia continues to increase in a bid to destroy militant group al-Shabaab.