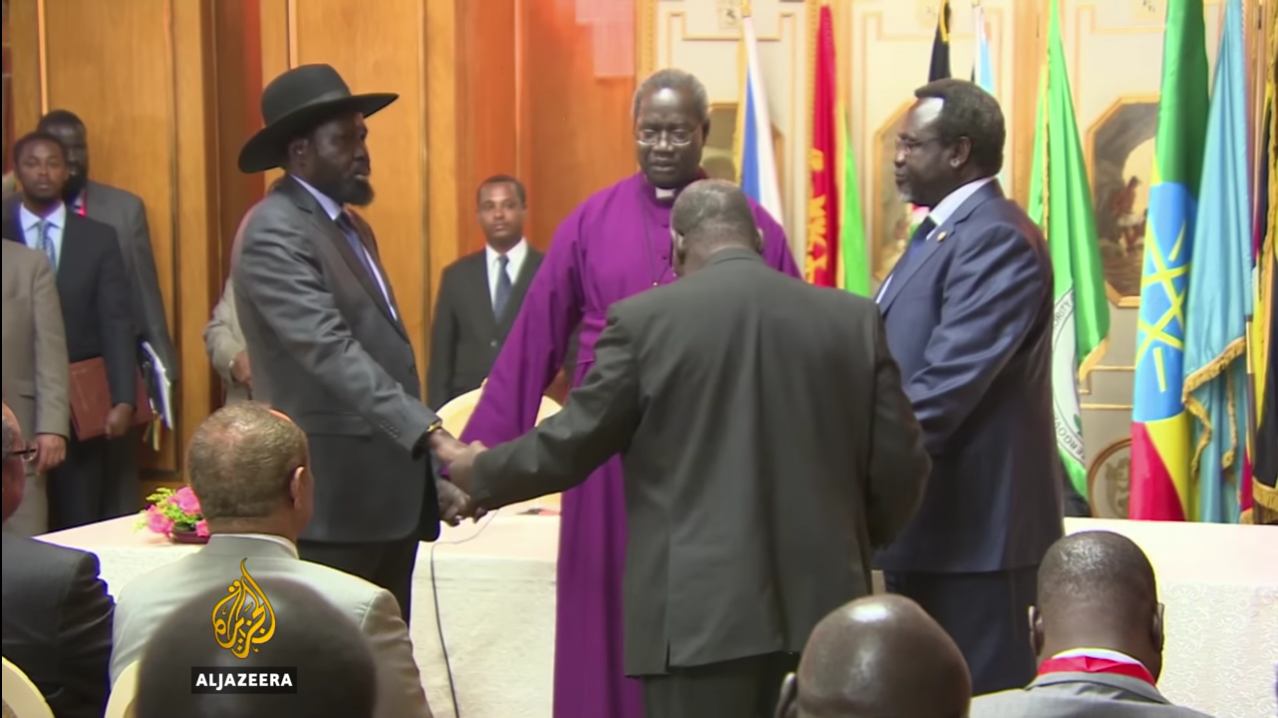 A South Sudanese journalist and human right activist is on the run from security forces after being accused of providing information for a recent Sentry Report that revealed war profiteering by the country’s leaders.

The Sentry Report, which was released last month, after two years of investigations, accuse South Sudanese leaders of manipulating their positions in order to profit from the country’s civil war, leaving its people to cope with famine and economic meltdown.

Journalist Peter Gai, who works as a columnist for Sudan Tribune, told Africa Review that the South Sudan Embassy in Kampala sent security officers to find him on September 30.

According to the interview, he says the South Sudan Intelligence Service is coordinating with Ugandan parties in an attempt to track him down.

Gai is accused of giving evidence for the Sentry Report, which lists President Salva Kiir, former vice-president Riek Machar and Chief of Staff Paul Malong among the country’s most corrupt leaders.

Each party has been accused of profiteering from the conflict – and even prolonging it – but this is the Sentry Report is the most detailed independent investigation into their conduct since the war started in 2013.

Aside from his involvement int he report, Gai is also accused of being a threat to the government due to his position as a human rights activist.

South Sudan is one of the world’s most dangerous countries for journalists and reporters. In 2015, seven journalists were killed and many remain in hiding for fear of their lives.

Security forces have been accused of organising the killings by various groups, but no legal investigations have probed South Sudan’s supposed war crimes to date. Gai is seeking immediate intervention from the international community, to ensure his safety and start making guilty parties accountable in the war-torn country.