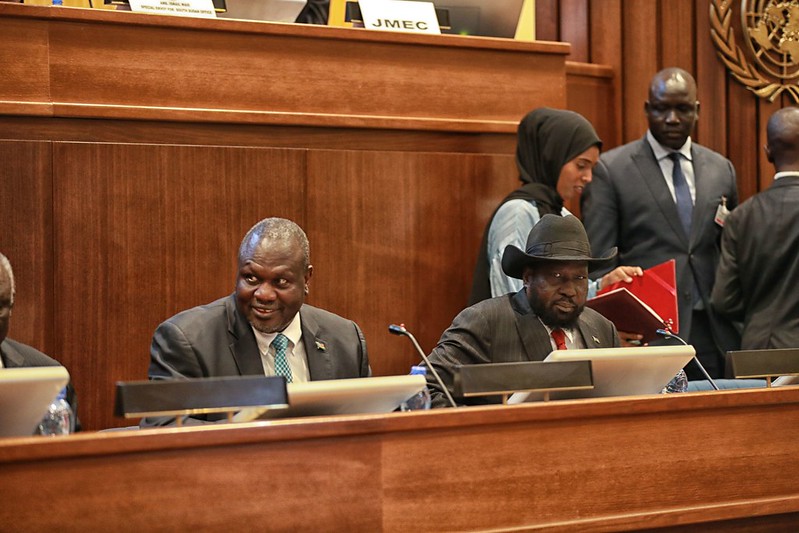 South Sudan’s rival leaders have formed a transitional coalition government in their latest effort to implement lasting peace after years of civil war.

Former rebel leader Riek Machar was officially sworn in as the country’s first vice-president and deputy to his long-time rival President Salva Kiir. The formation of a coalition government follows a series of delays in implementing this crucial step of the peace agreement, signed in September 2018, after five years of conflict that killed almost 400,000 people and forced millions from their home.

At the swearing-in ceremony on Saturday, President Salva Kiir declared “the official end of the war,” to the applause of the crowd. Kiir embraced his former rival Machar and vowed that peace is “never to be shaken ever again”. The president said that he had forgiven Machar and asked his new vice-president for forgiveness, calling on their respective Dinka and Nuer ethnic groups to do the same for the sake of lasting peace.

The coalition government means Riek Machar is once again the vice-president of South Sudan under Salva Kiir’s premiership – as was the case when the country gained independence from Sudan in 2011.

A 2015 peace deal brought Machar back to the capital where he was sworn-in for a second time as the vice-president but the deal fell apart and the conflict erupted once again.

On Saturday, Machar was sworn in for the third time and he’s now tasked with working alongside President Kiir to ensure the peace can last. Both leaders made significant concessions ahead of the deadline to form a transitional government, which had already been delayed twice – the kind of compromises that will need to be made if this leadership can truly move on from its past.