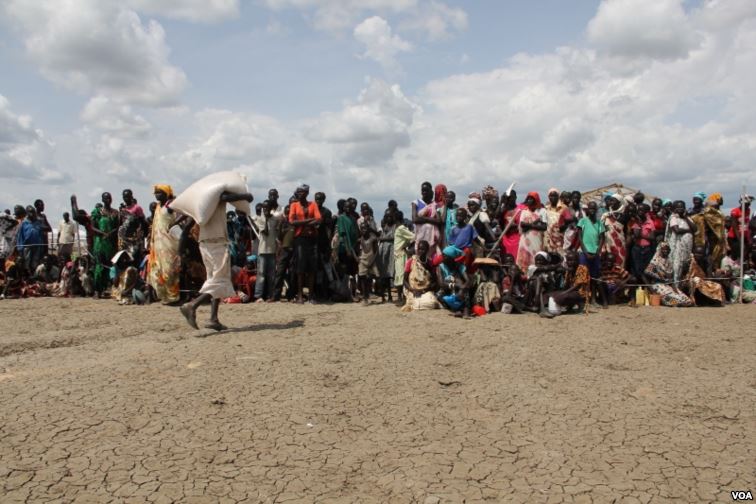 A record number of people in South Sudan are facing severe hunger, according to a joint report from the government and multiple United Nations agencies.

The latest figures suggest almost seven million people – more than 60 per cent of the country’s entire population – are dealing with major food shortages. The findings prompt fears that the world’s youngest nation is on the brink of starvation, still crippled by the effects of civil war after a peace deal was signed last year.

The report says almost two million people in South Sudan are close to starvation and states that the situation is continuing to deteriorate in the country. The UN has stopped short of declaring a famine in the country but emphasised the number of people facing severe food shortages is only increasing.

At the start of 2019, it was estimated that 6.1 million people in South Sudan were facing hunger but this figure has already increased to 6.9 million – roughly 61 per cent of the population.

South Sudan’s tentative peace deal continues to hit political stumbling blocks while the country’s economy is in tatters after five years of bitter civil conflict. While the peace agreement has mostly brought an end to fighting and improved access for aid agencies to reach those in need, the number of people facing hunger is increasing beyond the capacity of current humanitarian resources.

“With greater stability in the country, access to those in need has improved, allowing us to treat more than 100,000 children suffering from severe malnutrition in the first five months of the year, with more than 90 per cent of those children recovering,” said Mohamed Ag Ayoya, UNICEF’s representative in South Sudan.