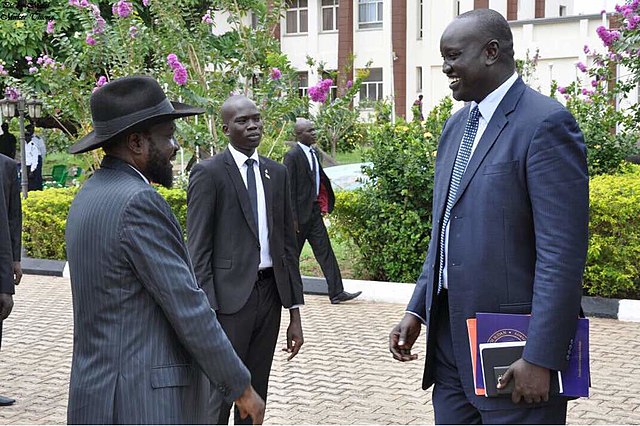 Sudan played a vital role in the negotiation process of South Sudan’s peace deal last year and now its southern neighbour wants to repay the favour. President Salva Kiir is reportedly concerned about the events currently taking place in Sudan and keen to see a transitional government established as quickly as possible.

South Sudan presidential minister Mayiik Deng was part of a four-person delegation led by Kiir’s security adviser, Tut Galuak, that visited the Sudanese capital of Khartoum for two days last week. Deng said the delegation urged Sudan’s rulers to find a peaceful resolution to the ongoing political crisis and offered to mediate negotiations between the military council and opposition leaders.

While some might question South Sudan’s ability to mediate such discussions, considering its own security issues, Deng says his country is the most qualified candidate.

The presidential spokesman told VOA that South Sudan understands the people and society of Sudan better than any other nation while emphasising the importance of speaking the same language.