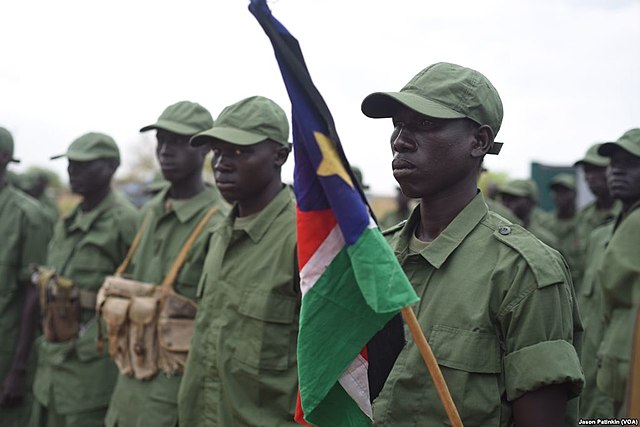 South Sudan’s warring leaders are being sued by a group of more than 300 civil society groups after delaying the formation of a unity government.

The government and rebel leaders agreed to postpone the introduction of a transitional government – a key aspect of a peace deal signed last year – by six months. However, a large group of civil society groups in the country have branded the delay “illegal” and are taking legal action against all parties involved.

Akuoch Ajang Nyanhom, chairman of the South Sudan Civil Society Alliance, says South Sudan President Salva Kiir and rebel leaders had no mandate to delay the formation of a unity government. Speaking to reporters in the capital, Juba, on Friday he said the courts are the only institution that can legally determine whether a delay is in the best interests of South Sudan’s struggling peace process.

Nyanhom says the civil society group hopes the court will annul the extension, forcing the government and rebel leaders to implement a unity government.

However, Information Minister Michael Makuei Lueth insists the government is within its right to make any arrangements it considers necessary to improve the country’s chances of establishing long-term peace.