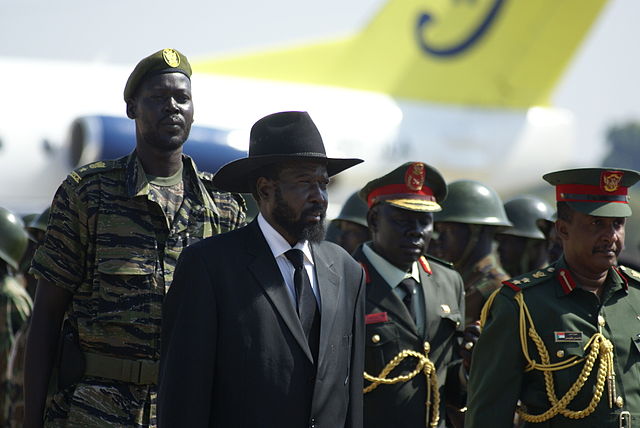 The president’s statement comes after Riek Machar last week suggested that the formation of a unity government should be postponed for six months. However, Kiir appears to have rebuffed the idea by publicly calling upon his former rival to return to Juba and commence work on South Sudan’s stuttering peace process.

Kiir calls upon Machar to return to Juba

Last week, Kiir and Machar travelled to the Vatican for a two-day trip that concluded with the Pope kissing the feet of both leaders.

South Sudan is due to set up a unity government next month, which would be tasked with guiding the country into the next phase of its peace agreement. However, Salva Kiir wants to postpone this process for a minimum of six months, citing security concerns as a key issue.