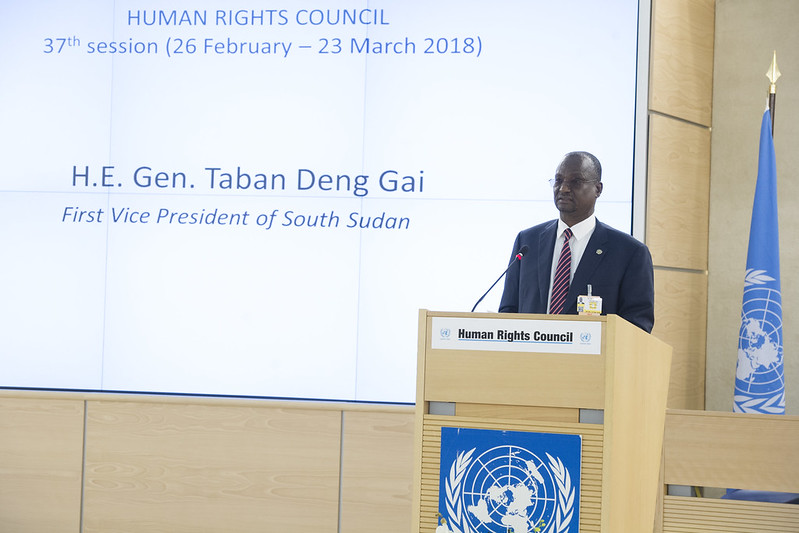 Despite ongoing concerns over the fragility of South Sudan’s peace process and ongoing human rights violations taking place in the country, Taban Deng Gai insists his country is making strong process and should be considered as a “beacon of hope” for country’s embroiled in political crises.

“Last year, I stood here representing a country many sceptics had considered was on the brink of deteriorating into violent conflict,” Taban Deng Gai told the UN General Assembly during the week.

“South Sudan is heading towards lasting peace and stability,” he insisted.

Critics have questioned the dedication of South Sudan’s leaders after the failure of previous peace deals and ongoing delays in forming a transitional government, as required by the latest peace deal.

While the latest deal has largely brought an end to conflict between government forces and the country’s leading rebel group, the two parties are still at odds over implementing the power-sharing aspects of the peace deal.