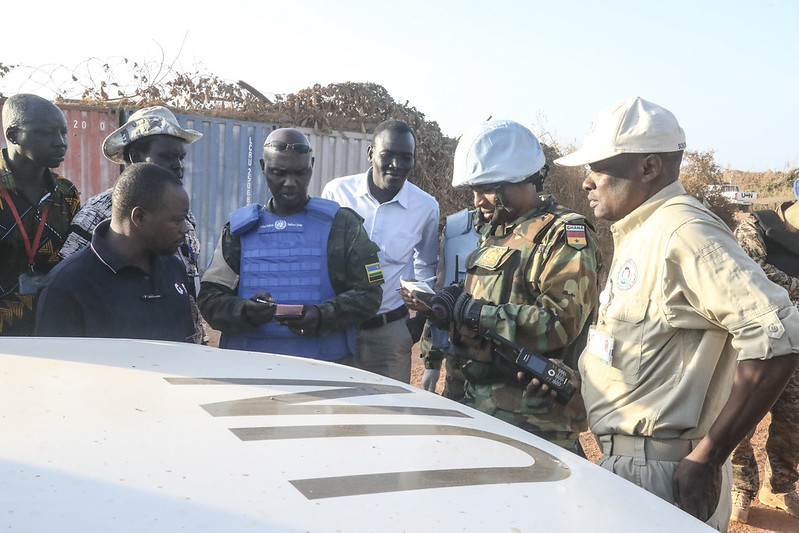 Clashes erupted last Thursday between intoxicated youth at a camp run by UNMISS in the northern town of Bentiu. When UN police attempted to intervene and restore order, the rioters then turned on them, pelting officers with stones and sticks. Two people were killed in the violence and eight UN personnel were injured, including five police officers.

“It is unacceptable for community members to commit violence against each other or against peacekeepers who do their best to provide protection to vulnerable displaced families,” UNIMSS said in a statement on Monday.

Community leaders also condemned the violence and issued an apology while UNIMSS promised to assist authorities in ensuring perpetrators are held accountable.

The following day after the incident, a group of youths also attacked an UNMISS vehicle, the Mission said.

“One day on from the incident, UN civilian staff met with the family of a victim who had died during the violence from his injuries, to express condolences,” the Mission said in a statement. “During this time, a group of youths vandalized an UNMISS vehicle, setting it on fire, and also attacked the staff members, hitting one with a stick and “cutting another with a spear.”

“The youth also turned on Ghanaian peacekeepers who responded to the incident, pelting them with stones, throwing spears and petrol bombs, one of which hit a vehicle and set it on fire,” it added. “Youth also tried to seize weapons from the peacekeepers and vandalized two guard-posts. Two warning shots were fired into the air to disperse the rioters.”