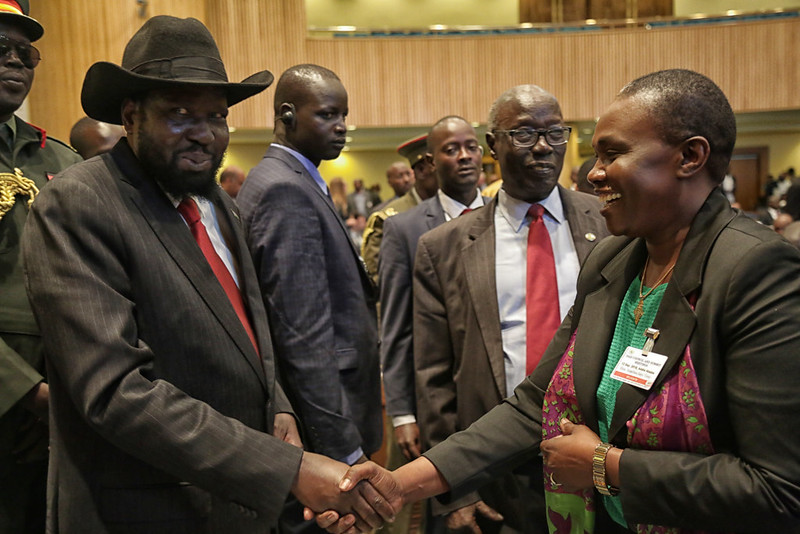 The United States has recalled its ambassador for South Sudan after the country’s leaders one again failed to form a unity government.

The US State Department confirmed on Monday that Ambassador Thomas Hushek will return to the US for consultations as part of a “re-evaluation of the U.S. relationship with the Government of South Sudan”. This follows a decision between South Sudan’s leaders to delay the formation of a unity government by a further 100 days.

After five years of brutal civil war and multiple failed peace deal attempts, South Sudan’s leaders committed to a peace agreement last year that included a pledge to form a unity government, which was due to be established earlier this year.

However, South Sudan’s leading opposition group demanded a six-month extension in May due to the government’s failure to fulfil a number of other terms in the peace deal, including the integration of rebel troops into the national army.

This delay gave the country’s leaders until 12 November to confirm a unity government but South Sudan’s opposition demanded a further delay in the first week of November, once again pointing towards terms of the deal not being fulfilled.

On 11 November, the country’s leaders announced a further delay of 100 days.

The delay has been met with frustration among parts the international community that are pushing South Sudan’s leaders to commit to the terms set out by last year’s peace deal.

Following the US’ recall of Ambassador Thomas Hushek, Secretary of State Mike Pompeo said in a tweet that Washington will continue to “work with the region to support efforts to achieve peace and a successful political transition in South Sudan.”