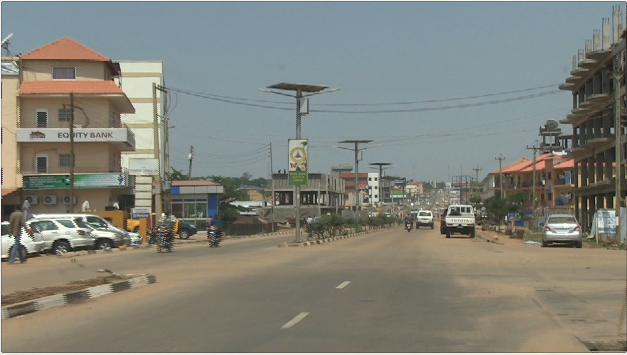 South Sudan is one of the most dangerous places in the world for young people. Only seven countries see more young people die per year than the East African nation, which has been locked in a bitter civil war since 2013. Roughly 70% of the country’s 12 million population is under the age of 30 and many are coming of age during a time of war.

With the dangers facing South Sudan’s youth, occasions where young people in the country come together are rare. However, a section of youngsters in the capital of Juba are defying the dangers of war to hit the clubs during daylight hours – one of the few escapes they can enjoy from the country’s ongoing conflict.

These days, Juba is relatively calm compared to the more conflict-ridden parts of South Sudan. However, many residents are cautious about walking the streets at night. Checkpoints are manned by soldiers across the city and the troops are known to harass residents at night. In some cases, women have been raped by soldiers. Armed robberies are also common at night along Juba’s poorly lit roads, forcing many people to avoid leaving their homes after dark.

Juba’s security issues prompt the city’s youngsters to pursue their nightlife in a somewhat unorthodox manner. Instead of hitting the clubs long after sundown, partygoers attend events during daylight hours and make their way back home before it gets dark.

Speaking to Quartz, Juba resident Wokil Makuei, 21, says he heads to the club after church on Sundays. Without a drop of alcohol in his body, he and his friends party, dancing with girls they would never dare to approach in public. A few hours later, he’ll leave to make sure he’s back home by 7pm before things get too dangerous on the route to his house.

A form of defiance

Juba’s daytime party scene isn’t only a way for youngsters to experience some fun in a city ridden with conflict and crime. It’s also a form of defiance against the government and rebels forces that drag the country’s conflict on.

“Ever since the conflict broke out, people have been scattered and it’s difficult for young people to come together,” William Joseph, 22, told Quartz. Joseph is one member of a group calling itself The Dop Boys, which has organised events throughout South Sudan’s civil war.

“We came up with the name so that we can unite the youth,” says fellow Dope Boy, Emmanuel Ladu.