When it comes to developmental goals, there are a number of African nations that excel. Last year, Business Insider told us six of the world’s thirteen fastest growing economies were African, with Ethiopia topping the list.

This has been the general consensus in Africa’s leading nations, too. Industrial growth, natural resources, foreign trade, digital technologies and investment are all on the rise – and the list goes on.

However, the latest Ibrahim Index of African Governance claims Africa’s supposed development over the last decade isn’t as impressive as many like to make out. “Improvement in overall governance in Africa over the past ten years has been held back by a widespread deterioration in the category of Safety & Rule of Law,” the report says.

A stagnant decade for Africa

The key finding from the Ibrahim study is that Africa’s continental score in Overall Governance has improved by just one point over the last decade. Which means for all the progress African nations have made individually over the last decade, the continent as a whole has reached stalemate. 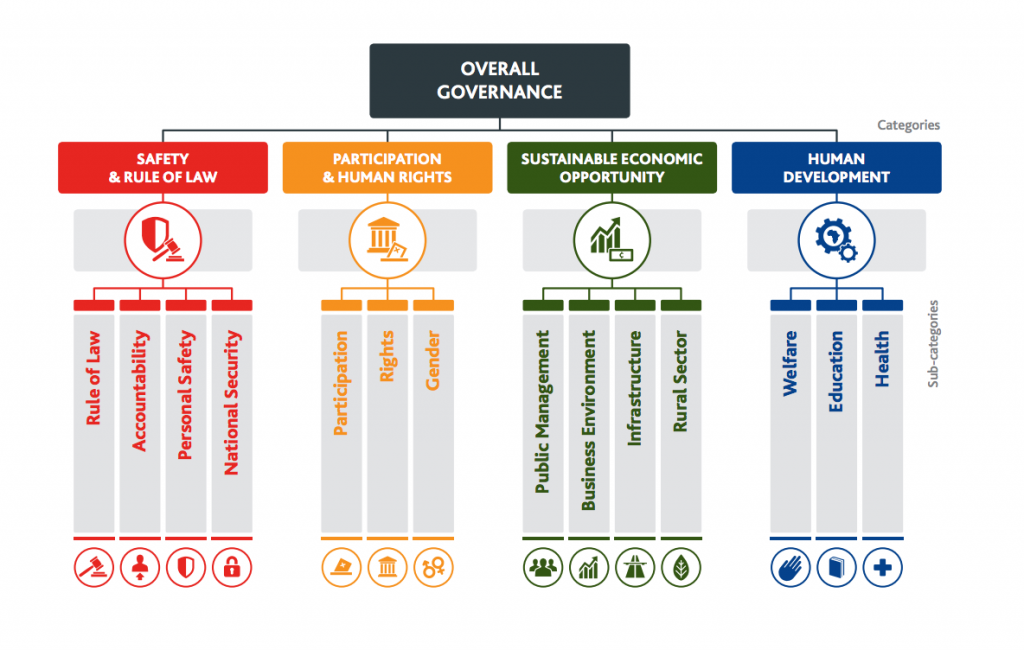 Despite South Africa’s decline, it’s current score only drops down to sixth place, while Mauritius has moved up to the top spot with a +2.3 improvement.

Does economic development mean a better quality of life?

To answer this question, the first place we should look at is Africa’s fastest developing nations (economically) to compare their wider governmental performance.

So let’s look at Africa’s six fastest growing economies, based on GDP data from the World Bank and compare them to the Ibrahim findings:

That’s a very positive top six in favour of economic growth improving the overall life for African people. This isn’t conclusive by any means, and we’ll talk about this in more detail shortly, but let’s take a quick look at some of Africa’s struggling economies first:

So it turns out the Africa’s worst-performing economies are generally better of governmentally now, compared to ten years ago, too. Which points to the deterioration of a select few names over the last 10 years that have dragged the continental average down.

The decline of Libya

The biggest decline of any country in the report is Libya, which has dropped 18 full points over the last decade. Security in the country was problematic throughout the 20th century and turn of the millennium, but it was the Arab Spring Uprising in 2010 that sparked its major decline.

Inspired by conflicts in other Arab nations, Libyan rebels stages a wave of violent protests against Muammar Gaddafi’s regime. Libya became a war ground, torn by conflict between security forces, rebels and airstrikes from international forces.

Gaddafi was overthrown in 2011 and the country was “liberated” – only for the chaos to continue and civil war eventually break out. This gave space for the Islamic State to establish its position in the country, turning Libya into one of Africa’s most problematic countries.

A poor reflection of development in Africa

The Ibraham Foundation certainly isn’t the first report to suggest stronger economies don’t necessarily result in a better quality of life for Africans. In fact, you would have to avoid most of the developments in Africa to suggest a different theory.

However, the report also fails to take into consideration a number of pressing issues across Africa. For one thing, South Sudan wasn’t established until 2011, meaning there is no data for the country – which has become one of the continent’s worst security crises. If the survey was conducted for the past five years only, you would expect a far worse picture.

The survey also finished collecting data in 2015, meaning it missed out on the latest developments in Burundi, Nigeria, Somalia, Ethiopia, South Africa and various other nations. So far 2016 has been an unforgiving year for many African nations – not only its worst performers but some of its most promising nations too.

So while many will agree with the general conclusion of the Ibrahim Index the report itself is fairly inconclusive. The stats alone don’t nearly begin to address the complex political/economic relationships of countries like Ethiopia and Tanzania, where development tends to be favoured over democracy. Which leaves the question, whether can Africa develop at the rate it needs to and provide the model democracy, unanswered.