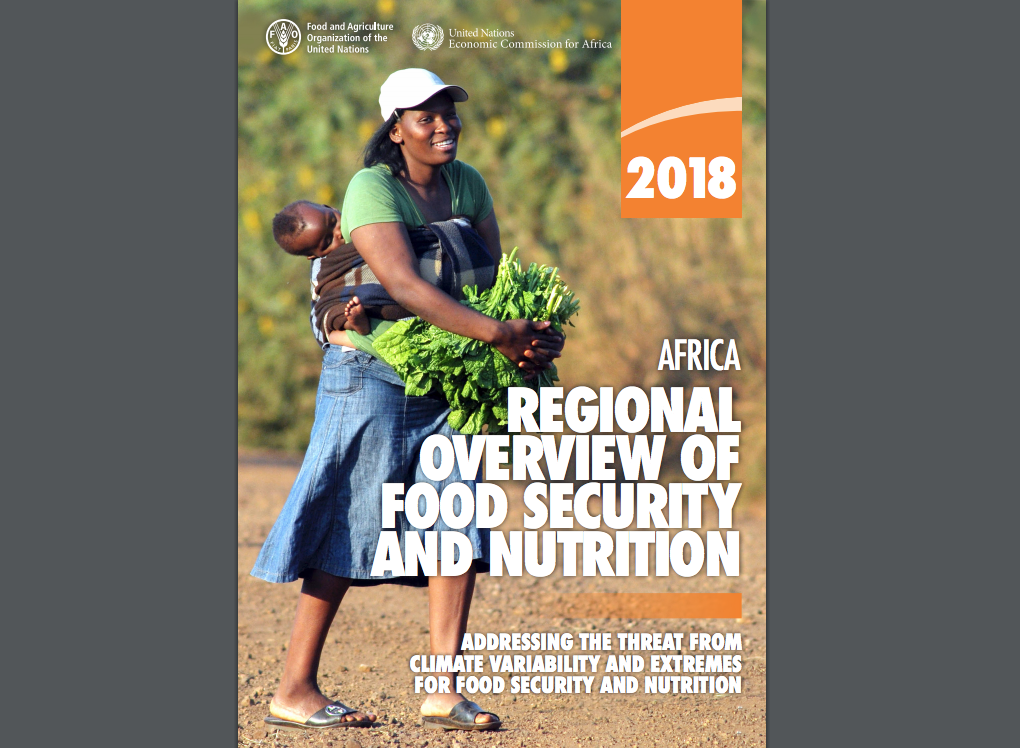 Food crises and the associated health implications affect more people in Africa than anywhere else in the world. The numbers are only going to get worse, too, as the continent’s population becomes the largest in the world and food production becomes more challenging.

The links between large-scale farming and damage to the environment are becoming increasingly clear. Rapid population growth means the number of mouths to feed is increasing and current means of feeding them are worsening environmental factors such as global warming.

This damage makes farming conditions and food production in general even more challenging and Africa is one of the most affected areas in the world when it comes to the impacts of climate change on farming. Meanwhile, it’s not only the state of the planet’s environment heavily impacting the way Africa’s poorest eat, but also the global economy, too.

A new study from the United Nations shows how the global economy and environment impact hunger in Africa, concluding that: “The worsening situation in Africa is due to difficult global economic conditions and, in many countries,
conflict and climate-related disasters, sometimes in combination.”

Malnutrition is most prevalent in sub-Saharan, central and East Africa

According to the study, published by the Food and Agriculture Organization of the United Nations (FAO), the global economy’s influence on African hunger has worsened since growth started slowing in 2016.

“Economic growth slowed in 2016 due to weak commodity prices, in particular for oil and minerals. Food insecurity has worsened in countries affected by conflict, often exacerbated by drought or floods, and in Southern and Eastern Africa many countries have been adversely affected by prolonged drought. Notably, several countries have achieved sustained progress in reducing food insecurity in the face of challenging circumstances.” 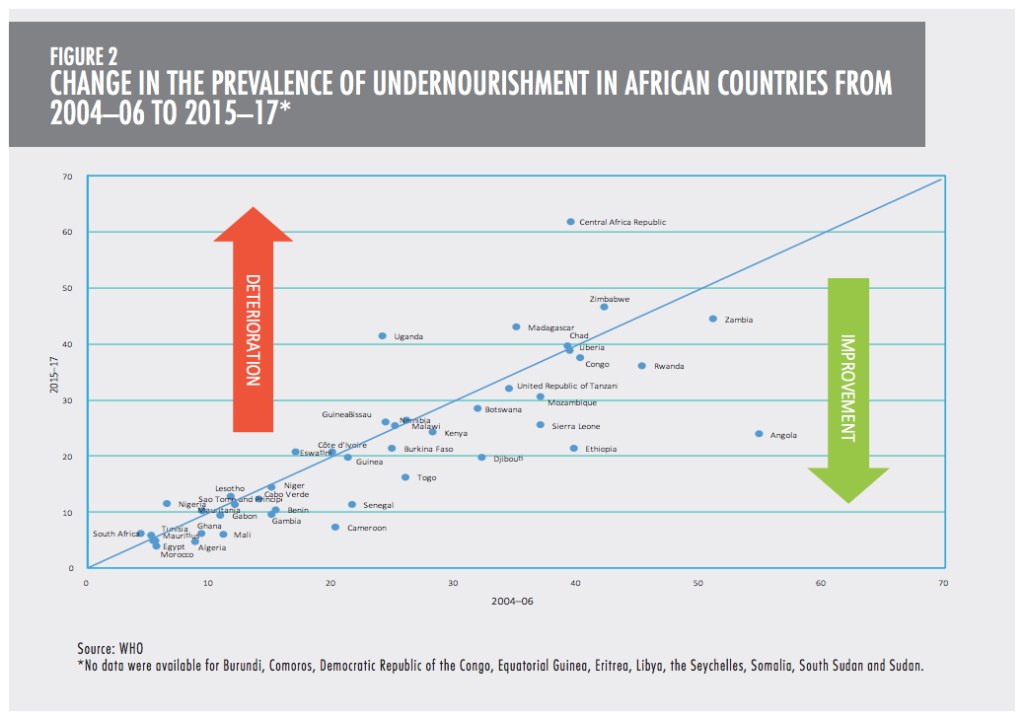 This paints a challenging few years ahead for parts of the continent most-affected by hunger as economic experts point towards a global slowdown and potential economic crash in 2020.

The UN report says there are almost 35 million more undernourished people in Africa, compared to 2015.

The study from FAO says more need to be done to tackle hunger in Africa as economic and environmental factors become increasingly challenging over the next few years.

In a news article accompanying the study, the organisation summarises the study’s calls for greater efforts from the international community.

“The report reveals that more efforts are needed to achieve SDG2 and the global nutrition targets amidst the important challenges faced by the continent, such as tackling youth employment and climate change,” FAO said on its website.

“Agriculture and the rural sector must play a key role in creating decent jobs for the 10 to 12 million youths that join the labour market each year. Another present and growing threat to food security and nutrition in Africa, particularly to countries relying heavily on agriculture, is climate change. The effects of climate change, reduced precipitation and higher temperatures negatively influence the yields of staple food crops.”

Meanwhile, the study also highlights the investment opportunities remaining in agricultural development across Africa – as well as developing African trade, investing in its young population and improving public services.

The UN says it is hopeful that the signing of the African Continental Free Trade Area agreement will accelerate growth and sustainable development across member states by increasing trade, including trade in agricultural products. Despite agricultural intra-African exports rose from $2 billion in 2000 to $13.7 billion in 2013, this is one area where trade remains relatively modest – one of many barriers African nations need to overcome if they want to maximise their agricultural sectors.

At the same time, the UN acknowledges that opening food trade between African nations also poses new risks to consumers and food producers. It urges governments to ensure the required regulations are in place to protect food producers and consumers alike as intra-African trade increases.

“Opening trade of food also carries risks to consumer and producer welfare, and governments should avoid using trade policy for multiple objectives but rather combine trade reform with additional instruments, such as safety nets and risk–mitigating programmes, to achieve food security and nutrition goals,” the FAO report summarises.