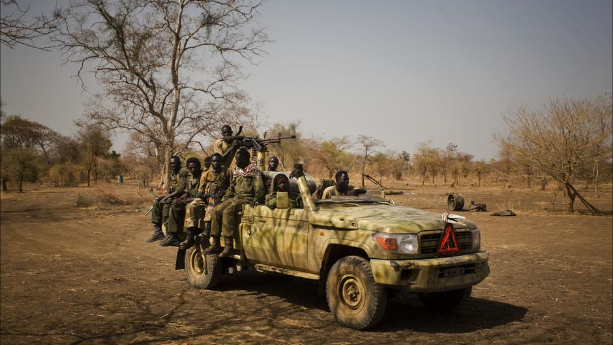 The Sudan People’s Liberation Movement-North (SPLM-N) has released 127 prisoners captured during fighting in the Blue Nile and South Kordofan states.

The released prisoners include 109 government soldiers and 18 civilians, according to army spokesman Brigadier Ahmed Khalifa al-Shami, who confirmed their release on Sunday.

‘A positive step towards peace’

The SPLM-N has been fighting government troops in Blue Nile and South Kordofan since 2011, when South Sudan gained independence from Sudan. Ethnic minority rebels in the two states accuse President Omar Al-Bashir’s government of marginalising the two states.

Khartoum announced a ceasefire in the two regions – in addition to Darfur – in June 2016, which was extended by six months in January. Fighting in the three conflict zones has killed tens of thousands and displaced millions of people.

However, army spokesman Brigadier Ahmed Khalifa al-Shami says the release of prisoners by the SPLM-N marks a positive step between the government and rebel group.

“The Sudanese army recognises this as a positive step towards achieving peace in the country,” he said on Sunday.

In 2011, Sudan held a referendum in the states that now make up South Sudan. Almost 99% of participants voted in favour of creating an independent South Sudan but this would not include South Kordofan or Blue Nile, despite fighting alongside the southern states that later became an independent nation.

The two states were excluded from plans for a referendum, which were drafted in the 2005 Comprehensive Peace Agreement (CPA). In place of participating in the referendum, Blue Nile and South Kordofan were offered “popular consultations”. The agreement stated that SPLA forces would withdraw from the area, allowing the government to downsize its military presence in the two states. A Joint Integrated Unit (JIU) was supposed to be created in the region, but this never happened.

SPLA forces didn’t withdraw, prompting the government to triple its military presence in the area. The “popular consultations” never took place and a violent war broke out in June 2011.