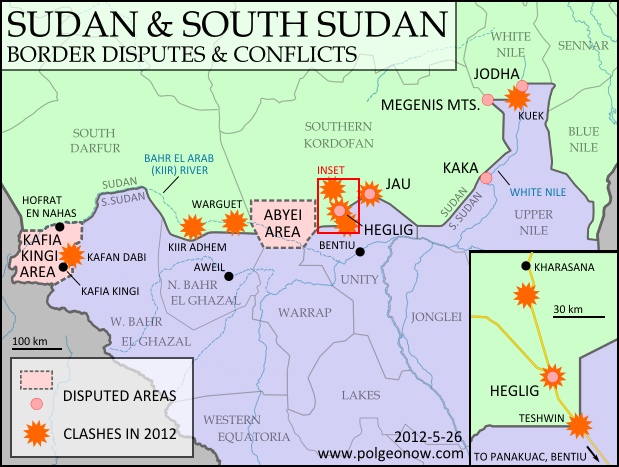 South Sudan on Thursday announced a deal with Sudan to repair a number of oil facilities destroyed by conflict in a bid to boost oil production.

South Sudan’s information minister, Michael Makuei Lueth, has confirmed the agreement between the two country’s oil ministries, where the damage sustained to oil fields in Heglig will be assessed and repaired in a joint operation.

South Sudan’s economy relies almost entirely on oil sales but production has declined since war broke out in the country in 2013. Oil exports from the world’s youngest nation are shipped internationally via the Greater Nile Oil Pipeline, which runs through its northern neighbour, Sudan.

The pipeline, which commenced operation in 1999, begins at Heglig –  a small town on the border between Sudan and South Sudan, which is claimed by both countries. The oil-rich town has endured prolonged conflict with the neighbouring countries flighting over its wealth of natural resources and local tribes clashing over land ownership.

Extended conflict in the area destroyed oil facilities at the Heglig oil field but a deal between the two Sudans aims to repair these facilities within the next three months.

South Sudan gained independence from Sudan in 2011 but tensions over territory and natural resources have continued. South Sudan has been embroiled in its own civil war since 2013, which has killed hundreds of thousands of people and crippled the country’s economy.