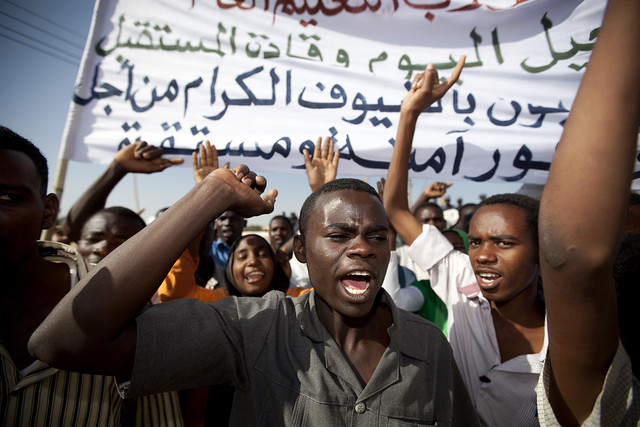 Sudan’s ruling military council has blamed a bank’s security force for killing six people, including four schoolchildren, during a protest in El-Obeid earlier this week.

Lieutenant General Jamal Aldin Omar Ibrahim, head of the Transitional Military Council’s security committee told officials in El-Obeid that a security force guarding the Sudanese French Bank fired the live rounds that killed the six people. He confirmed the bank guards were a government security force, according to reports from the official SUNA news agency.

Students marched during a protest against fuel and bread shortages on Thursday and the demonstration was marred by the death of six protesters, four of whom were schoolchildren. The tragedy came a day before opposition groups were due to sit down for talks over a transitional peace deal with the military council.

An opposition-linked group of doctors first reported that live ammunition was fired at protesters by military forces.

This isn’t the first time security forces have opened fire on peaceful protests since demonstrations calling for former president Omar al-Bashir to step down began in December last year.