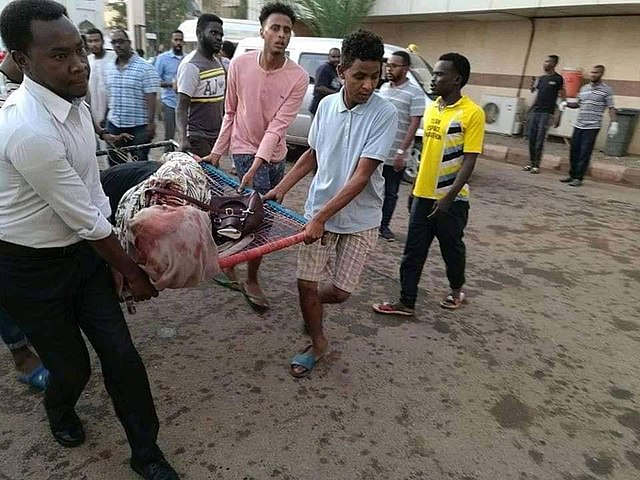 At least 10 people have been killed in the latest round of protests in Sudan with tens of thousands walking the streets of Khartoum to demonstrate against the country’s ruling military council.

A further 180 people have been wounded in the Sudanese capital after crowds were met by security forces in several parts of the city. Deputy head of the Transitional Military Council (TMC), General Mohamed Hamdan Dagalo, said in a televised statement that unknown snipers had shot at both civilians and soldiers during the protests.

“There are snipers shooting at people, they shot three members of RSF and five or six citizens,” General Mohamed Hamdan Dagalo told the nation in a televised statement on Sunday.

“We are upset and we want to get things under control,” he added.

Video clips circulated on social media of demonstrators fleeing security officials in Khartoum while witnesses have also report tear gas and barrages being used to disperse crowds near the presidential palace and neighbourhood of Riyadh.

The latest wave of protest violence comes after the military council said on Friday it was ready to resume negotiations with protest leaders over establishing a transitional government. However, the Forces for Declaration of Freedom and Change insists talks will only resume if the militay council officially approves a proposal submitted by the African Union (AU) and Ethiopia, setting out guidelines for how negotiations should proceed.
Featured image: By M.Saleh – Own work, CC BY-SA 4.0, https://commons.wikimedia.org/w/index.php?curid=79501200