Sudan to Participate in UN Meeting on ICC 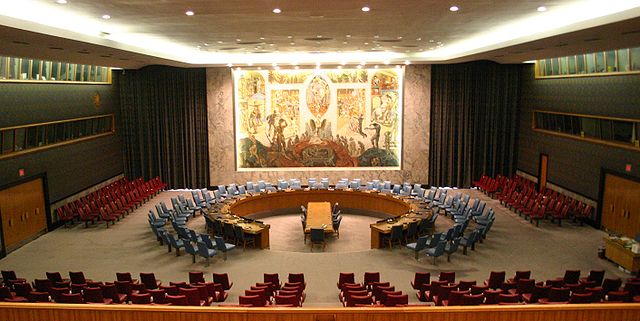 Sudan will participate in a UN meeting where the African Union (AU) committee will explain its position against the International Criminal Court (ICC).

Sudanese President Omar Al-Bashir is the highest profile case of the ICC with an outstanding warrant for his arrest still in place. Sudan’s Foreign Minister, Ibrahim Ghandour, will represent his country at the meeting in New York on June 9.

AU makes its case against the ICC

Ghandour will be part of a committee formed last January, comprising of ministers from seven African Union member states. He will join ministers from Algeria, Nigeria, South Africa, Rwanda and Kenya. The committee will address the UN and request the postponement of ICC cases against African leaders and suspension of any decisions made about incumbent heads of state.

Each minister from the committee will get their chance to speak and make their case against the ICC. The court’s prosecution will submit its own case on the same day before the UN Security Council deliberates the points raised by all parties.

Africa vs the ICC

Sudan is the standout case in the battle that has emerged between African leaders and the ICC. So far the court has failed to prosecute all but two of those charged with crimes against humanity – two of its most minor cases. Al-Bashir is one of the highest-profile names on the ICC list with some of the most severe charges levied against him – and the only leader to have multiple arrest warrants out for his name.

However, the country rejects the ICC’s authority, accusing it of being a political tool designed to target African leaders. Sudan isn’t alone in this sentiment either – Kenya, Rwanda and Uganda have also accused the ICC of targeting Africans. And, to date, all of the individuals to be charged by the ICC have indeed been African.