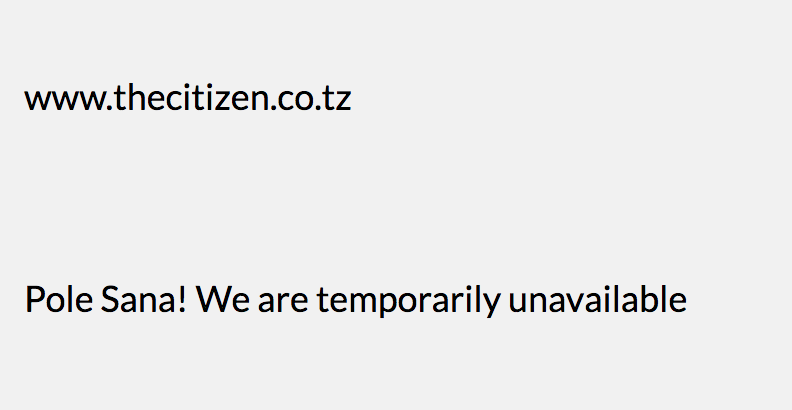 Tanzania has suspended newspaper The Citizen for seven days after the publication ran a story on the falling value of the Tanzanian shilling.

The government has accused the paper of deliberately publishing false news in a story showing the depreciation of the country’s currency against the US dollar on 23 February. Patrick Kipangula, the registrar of newspapers in Tanzania, said the temporary ban follows a number of other stories printed by the newspapers deemed to have violated Tanzanian press regulations.

According to The East African, the other stories that led to the temporary ban imposed against The Citizen include a piece published in July entitled “US Senator Raises Alarm on Tanzania” which quoted an American politician criticising Tanzania’s government over alleged human right violations.

The East African Nation has come under fire in recent years for suppressing media freedoms. Several newspapers have been shut down since 2015 and the country last year implementing new regulations that mean bloggers need to pay over $900 per year in licensing fees – more than the average annual salary in the country.

The online version of The Citizen‘s story entitled “Closely monitor falling of shilling, experts caution” has been taken offline.