Tanzania’s incredible transformation from ‘beacon of democracy’ to oppressive state 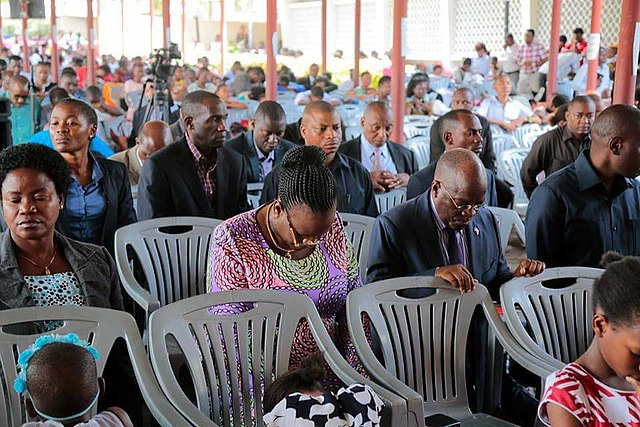 On October 25, 2015, Tanzania elected John Magufuli to become the country’s fifth president with more than 58% of the vote. During his 20-year career as a member of parliament, prior to being elected as president, Magufili built a reputation as a hard-hitting politician, becoming nicknamed as “the bulldozer” for his no-nonsense approach.

He used this characterisation to his advantage during the presidential campaign trail, positioning himself as the man to shake up the government and tackle corruption.

Magufuli was sworn in on November 5, 2015, and the following day he reportedly marched into Tanzania’s Ministry of Finance and warned staff that big changes were coming. He then decided to cancel independence day celebrations normally held on December 9, insisting it would be a crime to spend large sums of money on celebrations while people were dying of cholera and corruption remained rife within the government.

For the first time in 54 years since gaining independence from Britain, Tanzania didn’t hold celebrations to mark the event.

Instead, Magufuli announced a clean-up campaign to rid the government of corruption at all levels while calling upon the general public to clean up their local residential areas. Over the coming months, Magufuli’s crackdown on corruption and a series of cost-cutting measures established him as Africa’s most exciting new leader.

In Tanzania, Magufuli became a viral sensation for his early efforts as president while the international community lauded over his progressive approach. With Magufuli’s help, Tanzania established itself as the beacon of hope for democracy in Africa. However, things have changed drastically over the past three and a half years.

Now, Magufuli is being scrutinised as an oppressive strongman, emerging totalitarian and enemy of all things democratic. It’s an incredible transformation Tanzania has experienced since Magufuli came into power but it’s not quite the same transformation that was being predicted during the first few months of his rule.

From his first day in office, John Magufil has lived up to his “bulldozer” reputation but the semantics associated with that nickname have changed somewhat throughout his time in power.

His early attacks on corruption and irresponsible spending were lauded both in Tanzania and by the international community. But the country’s president is more associated now with attacks against human rights, political freedom and democracy itself.

With the honeymoon period well and truly over, Magufuli’s government has since launched an anti-gay crackdown, backed the expulsion of pregnant schoolgirls and arrested a number of journalists and opposition politicians. Human rights are under the spotlight in Tanzania under Magufuli’s rule and the outlook for political freedom is looking even worse.

Last year, the government implemented new regulations forcing website owners and online content publishers to acquire a license and pay more than $900 per year in fees – more than the average annual wage in Tanzania. The regulations essentially priced the majority of people out of their online voice while allowing the government to choose which websites are granted licences.

The government also outlawed the use of data that hasn’t been approved by the National Bureau of Statistics.

With freedom of expression all but extinct in Tanzania, authorities have also been clamping down on opposition political activities. In January, the country’s parliament granted sweeping powers to a government-appointed registrar, allowing them to de-register political parties.

Critics argue the move has re-established Tanzania as a single-party state.

The rise of another strongman

Perhaps it’s the extremity of Tanzania’s transition from beacon democracy to oppressive state that makes it stand out. It could be the false promise Magulfuli’s early months in power established, which was promptly shut down alongside human rights, freedom of expression and political freedoms. Or maybe it’s the staggering pace at which Tanzania has turned from a place of political promise into a doomed democracy.

All the progress made during Tanzania’s journey as a multi-party state, since 1992, appears to be unravelling at the rule of John Magufuli. In the space of a few years, the “bulldozer” has demolished decades worth of political progress to re-establish Tanzania as a single-party state where political opposition, government criticism and freedom of expression are outlawed.