The complexity of Somalia’s war on terror 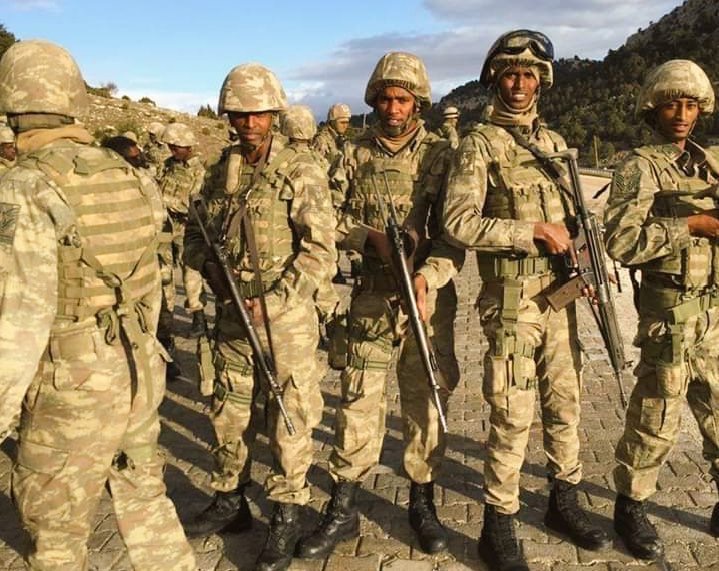 It’s been 13 years since al-Shabaab was formed as a resistance group against the federal government of Somalia and the AU peacekeeping troops of AMISOM.

Long before the rise of al-Shabaab, Somalia has suffered the plight of civil wars, clan-based warlords and severe drought.

According to estimates, around half a million people have been killed since the civil war erupted in early 1991 while over 1.5 million fled to neighbouring countries, including Kenya, Ethiopia and Djibouti.

However, the formation of al-Shabaab in 2006 and the international community’s response to its Islamic extremist roots have defined Somalia ever since. Now, the Horn of Africa nation finds itself locked in a complex battle between home-grown forces, international influence and a confused self-identity – and with deadly consequences.

The advance of the Islamic Courts Union

In 2006, the Islamic Courts Union (ICU), a group of Sharia courts united against the Western-backed Transitional Federal Government (TFG) seized control of Somalia’s capital, Mogadishu and much of the southeast.

This was bad news for the international community that wanted to see Somalia secure a democratic political model, instead of a hardline Sharia rule.

The ICU’s alleged ties with al-Qaeda made this shift a global concern in the war against terror. In the words of then-US President George Bush, the ” first concern, of course, would be to make sure that Somalia does not become an al-Qaida safe haven, doesn’t become a place from which terrorists plot and plan.”

On December 24, 2006, Ethiopian troops, backed by the US military, entered Somalia to support the TFG in fighting against the ICU.

The courts were promptly removed by joint military efforts and fractioned into multiple groups – one of which named itself al-Shabaab. At this point, it’s important to note that the ICU’s complex build-up ranged from moderate to more extreme ideologies. And it’s also important to remember that the ICU managed to restore some sense of order during its brief time in control over the capital – something that made external military intervention all the more difficult to take for its supporters.

Particularly, at the more extreme end of the coalition.

Soon after the ICU was removed by Ethiopia forces, thousands of African Union troops were deployed in the name of peacekeeping, and the US later established its own military base in Somalia to deal with a new growing threat: al-Shabaab.

Meanwhile, Kenya launched border crossing operations to protect itself from al-Shabaab expansion, crossing into southern Somalia without a UN mandate. It created a so-called buffer zone which it said would prevent future terrorist attacks from happening its soil.

We now know this “buffer zone” failed to prevent a series of deadly attacks on Kenyan soil.

Lastly, Turkey joined the league and set up its largest overseas army base in Somalia to train the Somali national army. Increasingly, Somalia became a battleground for various nations with their own invested interests. From the very beginning, the war against al-Shabaab has been fought on the terms of global powers but the majority of ramifications continue to be felt inside Somalia.

Western forces may consider their role in this conflict as intervention, but many in Somalia feel they were invaded by Ethiopia and the US in 2006. This is certainly the case for al-Shabaab members but the chaos brought about by that intervention/invasion has been felt by everyone in the country.

The biggest problem for Somalia now is that it’s almost entirely reliant on external forces. The fragile state has no strong military forces to stop the rise of al-Shabaab or fight the war on terror on its own terms. Instead, it depends on the presence of 22,000 African Union troops and increasing US military support for survival.

Turkey is training a Somali army capable of overtaking security duties from the African Union in 2021 but progress is slow.

Worse still, AMISOM has been in the country for over a decade without making any significant progress in eradicating al-Shabaab, despite their enormous payout allowances from EU and international partners – over 1.2 billion USD annually.

At the same time, the US army carries out special operations and air-raids on al-Shabaab controlled area. Amnesty International reports some US drone strikes have killed many civilians in the southern regions yet the US continuously denied any wrongdoing in its drone attacks in Somalia.

For the past ten years, the US has conducted 52 airstrikes against the insurgent group which killed over 400 militants including its elusive leaders such as the founder of al-Shabaab, Adan Ayrow, and his successor, Ahmad Godane.

Sadly, each military effort only succeeds in denting al-Shabaab progress, rather than defeating the group in any meaningful way. Meanwhile, innocent people continue to die.

The world vs al-Shabaab

Somalia’s long-running civil war has turned into a conflict with the world on one side versus al-Shabaab on the other. Somalia is little more than the battleground, shown all the same regard schoolchildren might give for the grass on which they play.

Al-Shabaab remains a continuous threat to Somalia and the region’s security, despite the decisive operations taken place in the country for the past ten years. Supposed intervention from external nations in the long-abandoned country has been less of a cure and more of a curse.

Al-Shabaab were driven out from Mogadishu in 2011, but the insurgents have returned as gorilla fighters against the government. The number of attacks continues to increase in the capital, killing senior officials, members of parliament, generals and, recently, the former mayor, during a suicide attack on his office.

Since Al-Shabaab was founded, nearly 30,000 civilians have been killed and up to 3,000 African peacekeepers have also died in Somalia. Meanwhile, over 500,000 people have been displaced within the country as they attempt to flee violence.

Somalia’s indefinite war on terror has made no notable progress since al-Shabaab was ousted from Mogadishu in 2011. Many will argue no progress has been made since the ICU was ousted in 2006 and relative peace it brought was shattered into shards that could damage the country for many years to come – most notably al-Shabaab.

Nowadays, many Somalians believe the current government need to find alternatives to end this unwinnable war, which has no signs of ending. Some suggest that Somalia should learn lessons from the ongoing talks between Taliban forces and the US-Afghan government. However, few will doubt whatever moves Somalia’s government makes will be heavily influenced by external forces.

Freelance reporter and Regional Security analyst in counterterrorism and intelligence. View all posts by Moustapha Abtiyow →