The health of African children is lowest in large households, study finds 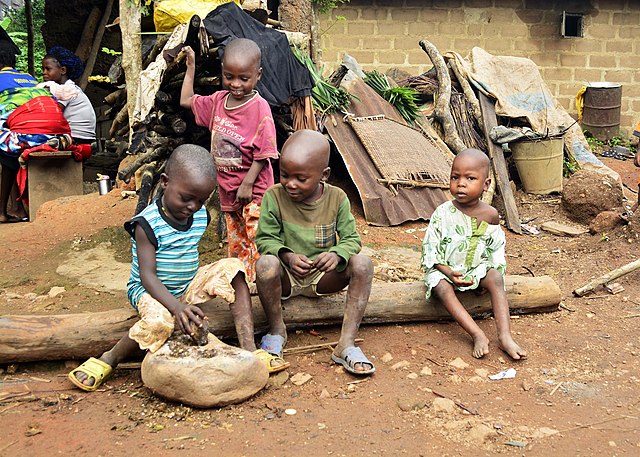 A new study looking at the development factors impacting the health of children in Africa finds that those in countries with the highest population densities and largest households are most disadvantaged.

The paper, published by BMJ Open, looks at factors in all African nations, excluding small island nations, such as Comoros and Cape Verde. It compares the leading causes of death and poor health among children under the age of five and associated developmental factors, such as water quality and food supply – factors which have an obvious link to the health of all Africans.

However, the study also finds that children living in countries with high population densities and large households generally suffer from poorer health.

The BMJ Open study is the first of its kind, looking at developmental factors across the entire African continent to assess their impact on the health of children. As the authors themselves describe it, this is “the first continental-wide analysis of overall child health performance among African nations.”

It reaffirms the link between key developmental issues, such as water quality, air pollution and food supply, and public health.

The study looks at nine developmental factors across African nations:

It compares these factors with the number of deaths and health implications related to stunting, respiratory disease, diarrhoeal disease, deaths from other infectious disease and deaths from injuries for children aged under 5 years.

“Across nations, child health was lowest when water quality, improved sanitation, air quality and environmental performance were lowest,” the report concludes. “There was also an important decline in child health as household size (a proxy for population density) increased.”

Perhaps the most striking takeaway from this study is the correlation between household size and child death rates. Of course, it makes sense that larger households will find it more difficult to feed mouths and access healthcare for the entire family. However, the graphic lists household size as the third greatest correlator to child deaths in Africa – more than environmental factors, air pollution, breastfeeding percentage, governance quality, health investment and food supply.

Food supply is the smallest correlator shown in the graphic.

The study also looks at the correlation between these factors and their contribution to specific health issues, which is where the data starts to look more familiar. While water and sanitation remain a major contributor to the leading causes of child deaths, deteriorating air quality across African is a serious health concern – and this will only get worse in densely populated cities.

The environmental signals are worrying, too, especially when you consider the impact they have on other developmental factors that also impact health.

” In most regions of Africa, this result suggests that environmental degradation is possibly now already at a point where it is compromising food production, water or air quality or defence against infectious disease,” the study says. “From a climate-change perspective, there is evidence that rainfall shocks associated with a more variable future climate at least temporarily increase stunting and the incidence of diarrhoea in children.”

The World Health Organization (WHO) estimates that 5.6 million children under the age of five died in 2016, with more than half of those deaths deemed preventable or treatable with minimal intervention. Despite substantial reductions in child mortality rates over the past two decades, children under five in sub-Saharan Africa are still 15 times more likely to die than those in high-income countries.

The BMJ Open study reiterates the importance of improving water quality, sanitation and other well-known contributors to child deaths in Africa. However, it also points to some more complex factors that also need addressing.

“Our broad-scale assessment indicates that on average, increasing the long-term outcomes of child health in Africa are potentially most achievable through relatively simple interventions such as improvement of water, air quality, and sanitation,” the study concludes.

“Complex issues such as slowing the seemingly inevitable and rapid rise in population density9 through culturally appropriate, ethical and supportive family planning, and addressing the rising loss of biodiversity and overall environmental integrity, while more challenging, also cannot be ignored in planning for the future health of children in Africa.”