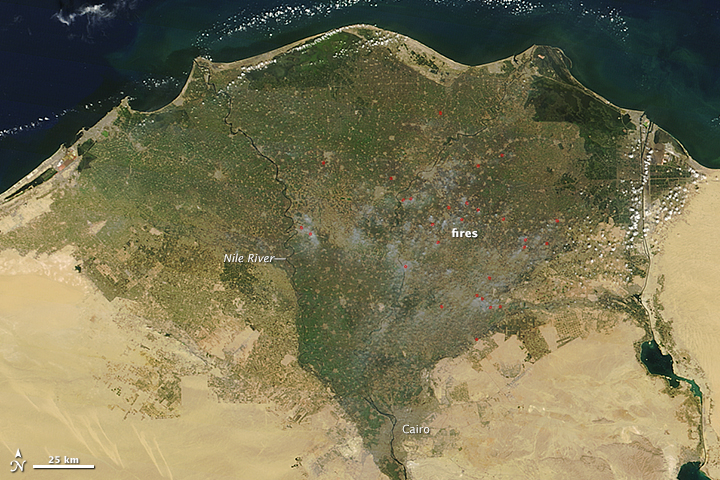 The Grand Ethiopian Renaissance Dam (GERD) project has been a constant source of controversy since construction began in 2011. Africa’s biggest dam project is expected to cost a total of US$4.8 billion but the completion date has been pushed back until 2020, raising the prospect of total expenses increasing further.

Officials have blamed construction delays on shoddy work being carried out by METEC, Ethiopia’s military-industrial conglomerate that was pulled off the project last year.

The former head Kinfe Dagnew is currently on trial for corruption and much of the work completed by METEC needs to be redone, adding to the overall cost of the project and the time required to complete it.

In Ethiopia, controversy surrounding the dam focuses almost entirely on METEC’s involvement. And, while criticism is justified, its exclusivity ignores the more pressing humanitarian costs of the Grand Renaissance Dam.

The impact on Egypt’s water supply

The most obvious concern about Ethiopia’s dam project – ad the one getting most press coverage – is the impact it will have on Egypt’s vital water supply from the river Nile. Egypt is one of the world’s most water-stressed nations, almost entirely dependent on the Nile, which provides 90% of the country’s entire water supply.

The Nile River Basin is also home to the vast majority of Egypt’s 98 million population and responsible for a fertile green valley growing through the desert – a crucial resource for agriculture and food production.

In order to protect Egypt’s water interests, the country insists Ethiopia should gradually fill the GERD’s reservoir over the course of 12-to-18 years. Ethiopia’s government says it will take just five or six years to fill and plans to start filling the reservoir next year.

A study by the Geological Society of America in 2017 found that, by filling the dam on that kind of timeframe, the “Nile’s fresh water flow to Egypt may be cut by as much as 25%, with a loss of a third of the electricity generated by the Aswan High Dam” – a double blow for Egypt.

Many Egyptian officials also fear that the increased evaporation caused by the sheer size of the dam could affect water security in the country. These concerns are why talks between Ethiopia and Egypt surrounding the dam are at a deadlock.

While it’s too early to anticipate the full impact of Ethiopia’s Renaissance Dam on Egypt, we’ve seen a glimpse of the damage projects like these can cause within Ethiopia. In June, US thinktank, the Oakland Institute, revealed how the construction of a large dam is threatening the lives of indigenous populations in southern Ethiopia, which the organisation estimates could wipe out thens of thousands of people.

Construction of the Gibe III dam began in 2006 and people living in the Omo valley are experiencing the darker side of bolstering Ethiopia’s electricity needs through dams. Africa’s tallest dam has blocked the Omo river and the subsequent irrigation of sugar plantations has threatened the livelihoods of those living in the area.

The knock-on effects are disastrous, too, with indigenous people living in the Omo valley facing starvation and escalating violence. Acute hunger is already widespread and entire communities have been plunged into destitution as the river they depend on runs dry.

Just like the majority of Egypt’s population is dependent on the Nile, people living in the Omo valley can’t live without the Omo river.

Does Ethiopia have a right to build the GERD?

Ethiopia argues the Renaissance dam is its part of its national sovereignty and insists the country is within its rights to build the structure in order to provide power to its growing population.

According to figures from the World Bank, roughly 70 percent of Ethiopia’s population is without electricity. This lack of power restricts basic services in many parts of the country, such as school and health clinics – only 24 percent and 30 percent of which, respectively, have access to electricity.

The health implications of this are significant, too. Aside from health facilities running without electricity, the use of wood and charcoal for cooking in homes is known to cause a wide range of health problems, including respiratory issues and early death.

Like many African nations, Ethiopia needs to find a way to deliver electricity to more of its population. And, while the construction of a dam and promises of how much electricity it will generate is a powerful statement of intent, simply increasing the supply of electricity doesn’t necessarily mean it will be delivered to where it’s needed most.

As the Institute For Security Studies explains in its own summary of Ethiopia’s GERD project, “creating a larger supply doesn’t mean demand will automatically follow.”

“In Ethiopia, where 70% of the population lives in rural areas and relies on subsistence agriculture, the government must also invest in developing human capital to increase incomes and stimulate the demand for services. The standard of living needs to improve before Ethiopians can consume additional electricity – unless it’s completely subsidised by the government.”

Should the international community intervene?

Egypt President Abdel Fattah el-Sisi has called upon the international community to intervene in negotiations with Ethiopia over the GERD project. Addressing the United Nations General Assembly in New York in September, Sisi urged member states to help his country secure a deal that will protect the interests of his country.

Interests, he says, that are a matter of survival.

“The Nile water is a matter of life and an issue of existence for Egypt,” he insisted in front of the General Assembly.