The rise of Djibouti as a global military, economic force 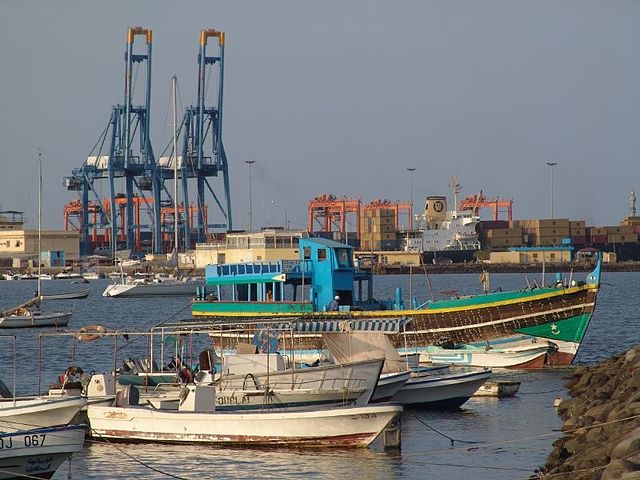 Djibouti is one of the world’s smallest and most water-scarce nations in the world. Yet the tiny Horn of Africa nation is establishing itself as a global military and economic force that’s indispensable to powerhouse nations like the US and China. Just this week, the US military reiterated how important Djibouti is as a strategic partner after the country’s government requested it halt air operations following two accidents last week.

“Djibouti is a very strategic location for us,” Gen. Thomas Waldhauser, head of Africa Command, told the US Congress last month. “It’s a strategic geography location for us, and we need to keep it,” he said, as US concerns over China’s presence in Djibouti increases.

Aside from the US, Djibouti is also a military strategic outpost for China, France, Italy and Japan. To put that in greater context, this is China’s first overseas military base and the first international Japanese military base since World War II. Djibouti is also a port nation along one of the world’s most important trade routes, linking Europe, the Horn of Africa, the Persian Gulf and the Far East along a single corridor.

Despite its minuscule size and a distinct lack of natural resources, Djibouti is marketing itself with the only commodity is has available: its location.

The most striking evidence of Djibouti’s international appeal the growing military presence, comprised of overseas powers. The US and China are the headlines acts on Djibouti’s military bill and the US, in particular, relies upon Djibouti as the hub for its numerous operations in the Middle East and Africa.

China’s military interest in Djibouti is more difficult to clarify but many argue its government argues it simply acts to provide military logistics for Chinese troops participating in peacekeeping and humanitarian operations in Africa.

The US, China and all other nations with a military presence in Djibouti share a common goal as well: to protect the Bab el-Mandeb strait and the Gulf of Aden from piracy. With security being a concern in most of Djibouti’s neighbours, the Horn of Africa nation offers another point of attraction for international powers.

Djibouti is wedged between Eritrea and Somali either side of it with Yemen facing it from across the Bab el-Mandeb strait. In other words, Djibouti is surrounded by conflict but the small country has been a peaceful refuge in the region since 1994 – save for a 3-day skirmish with Eritrea in 2008 – and its current military ties mean it’s unlikely to experience any further problems from neighbouring countries.

Increasingly, its neighbours rely on Djibouti’s growing international status as well. Somalia’s military support from the US is all based in Djibouti and the same goes for all US operations in Yemen, across the Bab el-Mandeb waters.

While Djibouti’s largest neighbour, landlocked Ethiopia, relies on the Port of Djibouti for more than 95% of its foreign trade.

This is the crucial question for the tiny port nation. Its current fortunes result from a combination of its geographic position and the conflicts surrounding it. The security crises in nations like Somalia and Yemen make Djibouti one of the most reliable port nations in the region while giving international powers incentive to build a military presence in the country.

If the Horn of Africa and Gulf suddenly found a peaceful resolution to all of its problems, Djibouti’s key selling points would disappear.

Without a Plan B, Djibouti’s rise is dependent on conflict continuing to surround it without directly implicating it. A peaceful Somalia would give Ethiopia a new trade partner, for example – a much larger one with greater access to Ethiopia’s border and a better location beside the Indian Ocean.

As things stand, China is Djibouti’s only real long-term partner but this relationship is also partially dependent on local security issues. China’s African partners are numerous and Djibouti doesn’t have the same kind of resources to offer as many other countries across the continent.

The country’s biggest developmental challenge is diversifying its economy to reduce its reliance on the strategic benefits it offers international powers. Right now it’s difficult to see where this kind of diversification is going to come from, which is reflected in the widespread unemployment and poverty that persists in much of the country.